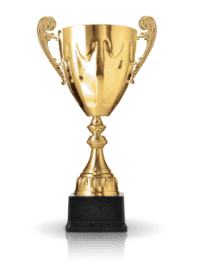 The EURO 2020/2021 quarter-finals will take place on the 2nd and 3rd of July. The eight winners from the Round of 16 battle for a spot among the top four of the tournament. The locations for the four matches will be St. Petersburg, Baku, Munich and Rome. The quarter-finals are always a great spot to find betting opportunities, as we have seen all teams go through the group stage and their first knockout match. In the past, we have seen quite a few interesting results and statistical facts when it comes to the quarter-final stage of the European Championships, which we will have a look at below.

SwitzerlandvsSpain
The first quarter final of EURO 2020 is the one between Switzerland and Spain, played at Gazprom Arena in St. Petersburg. Kick off is set for 2nd of July at 16:00 GMT. The odds indicate Spain as a big favourite, but could Switzerland pull off another upset? We have analysed the teams and our betting tip is ready!
Half Time/Full Time
Away/Away

Betting Tips & Game Preview  →
BelgiumvsItaly
This exciting game of EURO 2020/2021 will be played on Friday 2nd of June at Allianz stadium in Munich. A battle between two of the main favourites for the title according to bookmakers odds. Belgium takes on the excellent Italy, and we have analysed the teams to produve out betting tip for the match.
Total Goals - Over/Under and Both Teams To Score
Over 2.5 and Yes

Betting Tips & Game Preview  →
Czech RepublicvsDenmark
After a shocking start where Christian Eriksen fought for his life at Parken against Finland, Denmark now has reached the quarter finals of EURO 2020, where the Czech Republic awaits. Who will take their spot as one of the four best teams in Europe?
Match Odds and Over/Under
Away/Under 3.5

Betting Tips & Game Preview  →
UkrainevsEngland
The last quarter final in EURO 2020 is the one between Ukraine and England at Stadio Olimpico in Rome. England arrives as clear favourites after their victory over Germany in the previous round, and they now play their first match away from home. Will England take a spot in the semi finals or can Shevchenko’s Ukraine upset the Three Lions?
Away Team Win to Nil
Yes

Must be 21+, playing within the state of Virginia. Gambling Problem? Call 1-888-532-3500. Not Valid with any other offer. Eligible clients are entitled to a maximum two (2) refunds. One (1) refund for first Fixed odds wager should it lose and one (1) refund for your first PointsBetting Wager should it lose. No refunds are payable for winning, void or wagers resulted as a push.

To claim this Sports Promotion, you must deposit a minimum of $10 in to your account and place, as your first real money bet after opening your account, any sports wager. Only the first $1,000 of the first wager are eligible for this promotion.A bet will not be considered a Qualifying Bet for the purposes of this Sports Promotion if for any reason it becomes Void. On placing your Qualifying Bet, if your bet loses, you’ll become eligible to risk-free, free bets back up to $1,000. Maximum eligible free bet back (upon loss of first sports bet) for this wager is $1,000. Must be 21+, playing within the state of Virginia. Gambling Problem? Call 1-888-532-3500

A customer's first deposit (min. $5) qualifies the user to receive up to $1,000 in bonus funds in the form of site credits that can only be used on DraftKings. Bonus amount is equal to 20% of that deposit amount, not to exceed $1,000 (the customer must deposit $5,000 to be eligible to receive the maximum possible bonus amount of $1,000). Bonus funds will be awarded to the user according to the following play-through requirement: for every $25 played on DraftKings in DFS/Sportsbook/Casino, the user will receive $1 in bonus funds released into their customer account (e.g., a $5,000 deposit requires a customer to play through a cumulative total of $25,000 in daily fantasy contests, sportsbook (-300 odds or longer), casino products, or any combination thereof to receive the maximum possible bonus amount of $1,000). Must be 21+, playing within the state of Virginia. Gambling Problem? Call 1-888-532-3500

In EURO 2016 we saw several outsiders making it all the way to the quarter-finals. Poland, Wales and Iceland all went up against big nations that were seen as favourites to win the whole tournament. These were the quarter-final results in 2016:

Poland made life tough for Portugal and the match went all the way to penalty kicks. Small margins decided the match, and Portugal marched on to win all of EURO 2016 as we now know. The biggest surprise of EURO 2016, and one of the big ones in recent memory, is the triumph of Wales making it to the semifinal through a victory over Belgium, who were seen as one of a few main contenders to lift the EURO trophy. Germany won a tough battle against Italy, and France demolished the crowd favorite, Iceland, to secure the other semifinal spots in 2016.

The most memorable moment of the EURO quarterfinals, and maybe even the whole tournament, was when Wales managed to defeat the giant Belgium. What we witnessed was a real David vs Goliath story play at Stade Pierre-Mauroy on the 16th of July 2016. It took only 13 minutes before Belgium scored the first goal of the match, and most experts and fans expected the favorites to reach an easy semifinal.

Wales instead managed to shock everyone, and not least the Belgian players. First through an equalizer in the 30th minute through Ashley Williams, and when 2-1 fell in the 55th by Hal Robson-Kanu the Belgian superstars looked stunned. Frozen by the result on the scoreboard, Belgium did not manage to come back, and instead, Wales punctured the match through 3-1 scored by Sam Vokes. The incredible upset was as such complete, and Wales went on to face Portugal in the semifinal.

European Championships and the World Cup always manages to produce thrilling and memorable moments in the later stages, and the quarter-finals are certainly part of that. Over the years we have seen several big surprises and amazing matches. It’s time for us to have a look at some interesting stats and facts from EURO quarters that can help us make better betting decisions. Let’s begin with looking at goal averages and Over/Under 2.5 goals scored in the three latest EURO tournaments played.

The trend is clear - most matches go under the 2.5 goal line when we reach the quarter-finals. This is most commonly seen in the bookmakers’ odds, as teams will play safer and prioritize their own end more as we reach these crucial stages. The 2016 EURO numbers get boosted a lot due to France having a crushing 5-2 win against Iceland, and in general, we can without a doubt see that low scoring is the name of the game in EURO quarter-finals.

Do the favorites always win in EURO quarter-finals?

We already gave one clear example of an underdog making it through the quarter-final, with Wales beating Belgium in EURO 2016. Let’s have a look at the last three tournaments to get a bigger picture though.

In 2008 we saw two clear surprises when Turkey beat Croatia and Russia eliminated the Netherlands. The two other matches were arguably close to begin with. Going with a bet on the underdogs this year would have been a profitable selection, as the odds for Turkey and Russia were in the range of 3-5 times the money or so.

2012 was quite different from the previous iteration, as all favourites did their job and won their quarter-finals. Italy - England and Spain - France were quite close matches, to begin with, but the other two matches had a clear favourite who won their match.

Again, Wales was the big surprise in EURO 2016, but other than that the results were in line with what was expected. It’s hard to conclude with this sample of matches of course, but we can see a clear picture of the favourites holding up quite well, but with the occasional massive surprise. Both 2008 and 2016 had high odds underdogs pulling through, and it’s quite likely we will see at least one surprise team replicate that in EURO 2020 - who could that be though? That’s the million-dollar question.