There have been seven winners of the World Cup Golden Glove since the award’s inception in 1994. 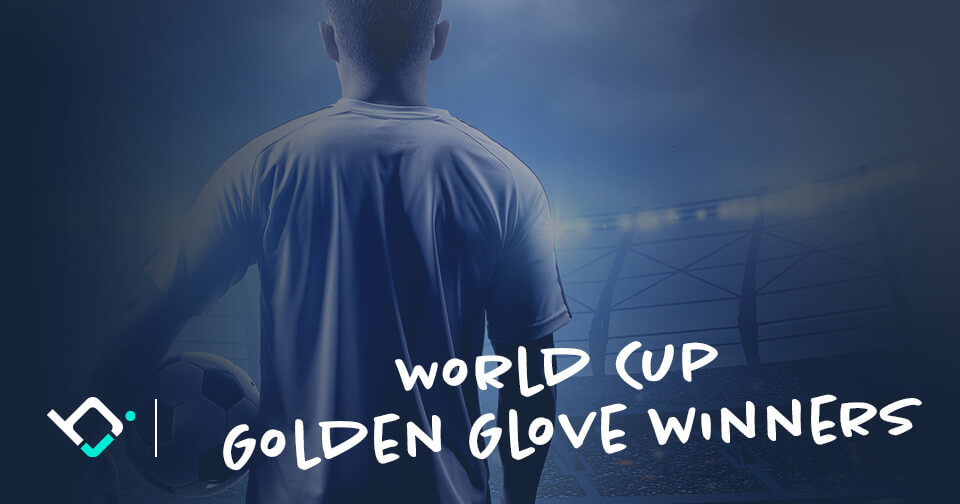 Known as the Lev Yashin Award until 2010, when it was renamed the Golden Glove, five different countries have produced a Golden Glove winner.

Belgium and Germany are the only nations to have produced multiple Golden Glove winners.

Prior to 1994, there was no official award for the best goalkeeper, though goalkeepers were selected to the World Cup All-Star team which acknowledged the best ‘keeper in each tournament. There is yet to be a repeat winner of the Golden Glove.

Belgium were eliminated in the last 16 of the 1994 World Cup, but that didn’t stop Michel Preud’homme winning the Golden Glove.

De Rode Duivels conceded once in three group stage matches, clocking 1-0 wins over Morocco and the Netherlands before being eliminated by Germany in the first knockout round.

Fabien Barthez conceded just twice as France lifted the World Cup in 1998. Eccentric, athletic and possessing incredible reflexes, Barthez was an integral part of France’s run to the final.

Barthez spent a prolonged period as one of the world’s top goalkeepers.

Two years after the 1998 World Cup, he was awarded IFFHS World’s Best Goalkeeper and went on to win two Premier League titles with Manchester United after starring in Monaco for five seasons.

Oliver Kahn was faultless as Germany defied the odds to reach the 2002 World Cup final.

Der Titan was a commanding presence at the back and an imposing figure for opponents, who was named Best European Goalkeeper for four consecutive years from 1999 to 2002.

The 2002 World Cup ended in heart-breaking fashion for Kahn, however. Playing in the final with a severe finger injury, he made an error for the first goal, letting a Rivaldo shot fall to Ronaldo.

His performances were so influential that he became the first and only goalkeeper to win the Golden Ball.

Gianluigi Buffon was at the peak of his powers in 2006. He conceded just twice in seven matches, one of which was an own goal. The other was Zinedine Zidane’s penalty early in the final.

The Carrara native was named Man of the Match in the win over Australia, and he produced 40 saves throughout the tournament, including a pivotal intervention to divert a Zidane header in extra time.

It was a no-brainer for Buffon to win the Golden Glove. He ultimately finished runner-up in Ballon d’Or voting to his international teammate Fabio Cannavaro.

Keeping a joint-record five clean sheets is a pretty strong argument to win the Golden Glove, and Iker Casillas did just that at the 2010 World Cup.

Spain didn’t concede after the group stage, with Casillas playing a key role in that record by saving a penalty in normal time of the quarter-final.

After an error in the opening match against Switzerland, the then-Real Madrid goalkeeper found his best form. He was also just the third goalkeeper to captain a World Cup-winning team after Gianpiero Combi in 1934 and Dino Zoff in 1982.

Pep Guardiola had revolutionised Manuel Neuer’s role at club level, and those changes were significant in Germany winning the 2014 World Cup.

Neuer not only snuffed out counter-attacks as a sweeper-keeper, he also played a meaningful role as a playmaker in possession, picking out teammates all over the pitch.

A pair of group stage clean sheets were followed by a superb individual display in the last 16 against Algeria, with Neuer only conceding in added time of extra time after Germany had a two-goal advantage. There were also clean sheets against France in the last eight and Argentina in the final.

Thibaut Courtois conceded five goals at the 2018 World Cup, but his 27 saves were the most of any goalkeeper at the tournament. Belgium fell in the semi-finals to eventual champions France, yet they may not have made it that far if Courtois was replaced with a lesser goalkeeper.

He denied Brazil several times in a dramatic 2-1 quarter-final victory and kept a pair of clean sheets in the group stage. A final shutout was added in the third-place playoff win over England.

Courtois collected various goalkeeping awards at the end of 2018, and remains among the elite at the position ahead of this winter’s tournament in Qatar. He’s got a solid chance of becoming the first ever goalkeeper to win two World Cup Golden Glove awards.