Who Are The Best Young Players At The 2022 World Cup?

Young players have made their names at the World Cup throughout the history of the tournament and the 2022 edition in Qatar is no different. 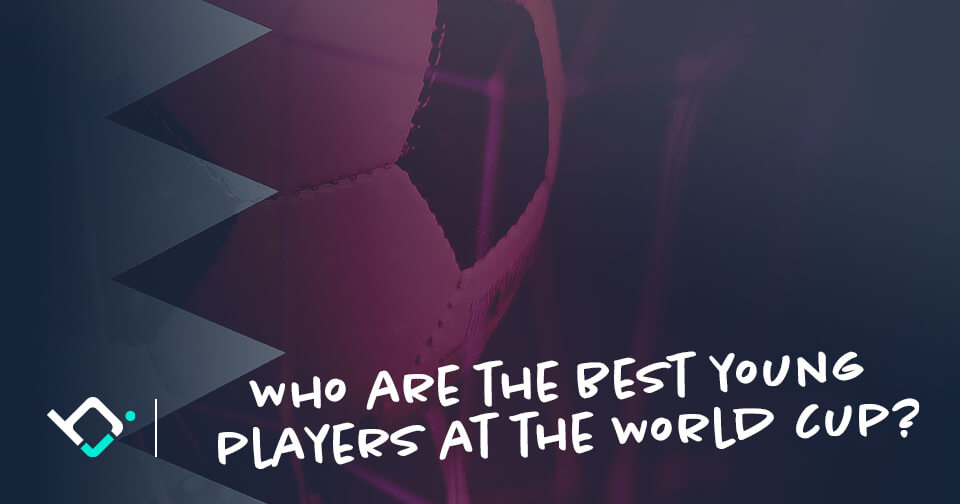 There is no bigger platform in football than the World Cup.

While there is a lot that is controversial and unusual about the competition in Qatar this winter, it is still a sparkling opportunity for young players to enhance their reputation.

From Pele in 1958 and Ronaldinho in 2002 to the new generation of German stars in 2010, many all-time greats have taken centre stage in the early years of their career at a World Cup.

Already a star for a Champions League side, this World Cup isn’t so much a breakout for Jude Bellingham, but a chance for those who don’t watch Borussia Dortmund to see just how good he is.

His tournament started with a superb header against Iran. The former Birmingham City midfielder bossed proceedings from then on.

It is rare to see such a complete central midfielder at just 19 years old.

Bellingham can do it all, and should be the first name on England’s team sheet for at least the next decade.

Like Bellingham, Pedri is already an integral player at club level with Barcelona. He has made almost 100 appearances for the Blaugrana, and featured for Spain during their run to the semi-finals at the Euros last summer.

Pedri pulled the strings in Spain’s 7-0 hammering of Costa Rica in the opening match, living up to the inevitable Xavi and Andres Iniesta comparisons.

Named to the Team of the Tournament at Euro 2020 and winner of the Golden Boy award in 2021, Pedri is destined for a career stacked with individual accolades.

Off to a scorching start to the 2022-23 season, scoring nine and assisting six in 14 Bundesliga appearances, Jamal Musiala has continued that form at the World Cup.

Despite standing at 6’0, Musiala is agile in possession and very mobile.

He uses that frame well to evade defenders, and has shown good effort out of possession for Bayern.

Already an impressive ball carrier and reliable goalscorer, Musiala has it all to become one of the world’s best attacking players.

Paired with Pedri in midfield for club and country, Gavi is almost two years younger than his midfield collaborator.

Gavi became Spain’s youngest ever player in October 2021 and their youngest goalscorer in June of 2022.

The Los Palacios y Villafranca native might not be a domineering figure at 5’8, but his technical ability and tactical understanding is already at an incredibly high level.

He is a key part of Spain’s press when they lose possession, and has that trademark Barcelona skillset of exquisite close control and pinpoint passing.

Scorer of 22 goals as Real Madrid won La Liga and the Champions League in 2021-22, Vinicius Jr entered this World Cup in stellar form, having found the net 10 times in 21 matches to start the 2022-23 campaign.

The Brazilian is rapid, which naturally catches the eye, yet there is far more to his game than raw pace.

Even if defenders can get close enough to challenge Vinicius, he has the skill, strength and vision to retain possession.

Brazil have an abundance of young talent in forward areas, but Vinicius is the best of the bunch and a vital player for them as Neymar comes to the end of his prime.

A new teammate of Vinicius at club level, Aurélien Tchouaméni has slotted straight into the Real Madrid midfield and become a starter for France with Paul Pogba and N’Golo Kante sidelined.

France’s depth has been tested by a catalogue of injuries.

Luckily, Tchouaméni is ready to take on the responsibility of anchoring Les Bleus’ midfield.

A marauding left-back for Bayern Munich, Alphonso Davies plays further forward for Canada and already has 13 goals to his name for the Maple Leafs.

Davies is one of the fastest players in world football.

That speed is paired with great dribbling ability  and a knack for delivering defence-splitting crosses.

Canada’s return to the World Cup hasn’t gone as hoped, but with Davies and several other exciting young players, Les Voyageurs should go from strength to strength through the 2020s.

Subject to a bid from Chelsea in the summer transfer window, Joško Gvardiol has 122 club appearances to his name before his 21st birthday.

Capable of playing at left-back, Gvardiol is at his best at the centre of defence, which is where he has been featuring for Croatia in Qatar.

Fleet of foot, over six-foot tall and comfortable in possession, Gvardiol checks every box to be the ideal modern central defender.

Look for the former Dinamo Zagreb defender to be on the move again soon.

In June 2022, Benfica sent a €10 million fee to River Plate for the services of Enzo Fernandez.

He has quickly made an impression in the Portuguese top flight, leading to transfer links with Manchester United and Liverpool.

Despite coming off the bench for Argentina, Fernandez has showcased his ability, including his stunning strike against Mexico.

He is generally used as a deep-lying playmaker at club level, but Fernandez has experience playing further forward.

It will be interesting to see what the future holds for the San Martin native – he wouldn’t be the first player to use Benfica as a stepping stone to one of Europe’s powerhouse clubs.

Where the majority of the players featured here are already playing for Champions League sides, Ecuador’s Moisés Caicedo was on loan at Beerschot last season and has made just 22 Premier League appearances in his career.

Caicedo, though, has impressed at the start of the campaign for Brighton, doing a bit of everything in central midfield.

On international duty in Qatar, he has been a driving force for La Tricolor, and is already being linked with some of the world’s biggest clubs.