Who is England’s Most Capped Player?

Goalkeeper Peter Shilton is the all-time leader with 125 caps for the Three Lions, ahead of former captains Wayne Rooney and David Beckham. 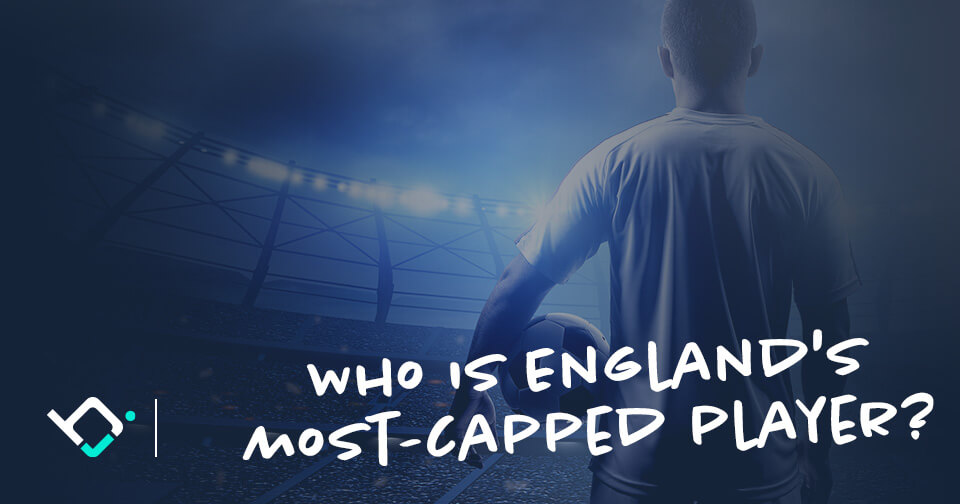 Two 1966 World Cup winners rank in the top 10 for most England caps.

An increase in the quantity of international football over the last couple of decades has led to a bias towards more recent players when it comes to cap totals.

Despite that, no active England player places in the top 20.

Raheem Sterling is a candidate to break into the top 10, as the current leader with more than 75 caps. Joe Hart, who hasn’t played for England since 2017, has the second-most caps of active players with 75.

Peter Shilton’s career began in 1970 and wrapped up in 1990. Long considered among the best goalkeepers in the world, Shilton represented England at multiple major tournaments.

Unfortunately, the most memorable moment in his international career came against Diego Maradona and Argentina in the 1986 World Cup.

Shilton was the goalkeeper as Maradona pulled off the iconic ‘Hand Of God’ and was beaten when the Argentine magician pulled off a stunning solo goal moments later.

Wayne Rooney remains England’s all-time leading goal scorer with 53 in 120 caps. Harry Kane is quickly pursuing the former Manchester United striker, though, and Rooney will inevitably be knocked off of top spot in the coming months.

The youngest player to appear for England when he debuted in 2003, Rooney was a prodigy at the Euros in 2004 and became a villain when he was sent off against Portugal in the 2006 World Cup.

Rooney ultimately was named captain after Steven Gerrard’s retirement, and while his career didn’t meet the sky-high early expectations, no one could doubt his commitment to the national team.

Beginning his England career in 1996, David Beckham endured a similar episode to Rooney when he was sent off against Argentina at the 1998 World Cup. Beckham was eventually forgiven by England supporters, and ultimately earned 59 caps as captain.

He scored just 17 international goals prior to his final match in 2009, but they were often spectacular, including the iconic last-minute free-kick against Greece in 2001.

Steven Gerrard’s England career began in 2000 and wrapped up following a group-stage exit at the 2014 World Cup. Gerrard was captain for the competition, representing another disappointment at a major tournament.

Scorer of 21 goals for the Three Lions, Gerrard was deployed in various roles throughout his England career, as numerous managers struggled to balance the midfield.

Holder of the record for most England caps for over a decade, Bobby Moore lifted the World Cup in 1966 and still holds the joint-record for the most caps as skipper (90).

Moore’s total of 108 caps was the most of any outfield player until Beckham passed him in 2009. He retired from England duty in 1973, and remains one of the greatest defenders of all-time.

Of outfield players, Ashley Cole has the most England caps without scoring. Cole wasn’t always the most popular among the England team, but there’s no denying he’s on of the Three Lions’ greatest ever players.

Cole debuted against Albania in 2001 and played his final match in March 2014. He announced his England retirement after being left out of the 2014 World Cup squad.

A World Cup winner in 1966, Bobby Charlton won the Ballon d’Or later that year for his efforts in England’s triumphant campaign. Charlton’s tally of 49 goals made him England’s top scorer until Rooney broke his record in 2015.

World Soccer named Charlton the 12th greatest player of the 20th century. He is the only England player to be named in four World Cup squads.

Tied with Vivian Westwood in tenth place with 29 England goals, Frank Lampard was a dependable player for his country even if he never reached the same heights he did at club level.

The former Chelsea midfielder represented England at four major tournaments. The team failed to deliver on lofty expectations during Lampard’s career – his most memorable moment was the ghost goal against Germany in 2010.

Starting his England career the year after the Second World War, Billy Wright had amassed 105 caps before Moore’s career had even begun. Wright is tied with Moore on 90 caps as skipper.

There is a considerable gap from ninth to tenth on this list, with Bryan Robson coming in at 90 caps. Robson skippered England for 65 of those appearances, and scored a total of 26 goals.

Captain Marvel represented England during a weak period for the national team when early exits from major tournaments were common.

His individual displays still impressed, however, and he is widely considered among the greatest English footballers ever.

Sam is a sports writer who produces betting tips and predictions as well as news articles and features across several sports for Betting.com. His main focus is football, where he writes about the Premier League, Champions League and Championship, among others. An all-round sports fanatic, Sam also covers NFL, NBA and MLB, plus Formula 1 and cricket.

Show all posts from Sam Cox