The Cost of Watching Football

Football fans splash their cash every season to support their favourite teams, but just how much money are they forking out for the privilege? 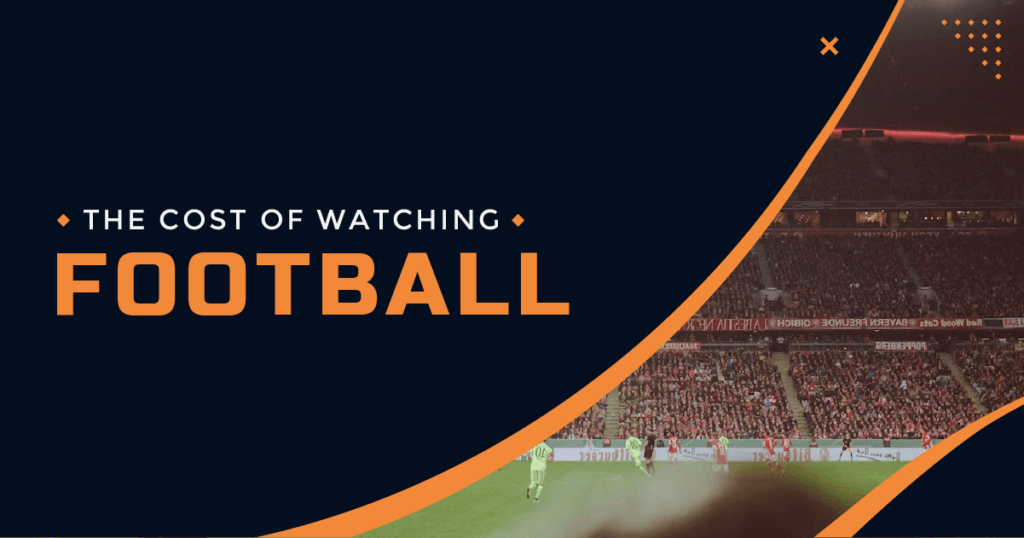 With thousands of fans competing to nab the best seats, getting your hands on a ticket can be a challenge. Many people end up having to pay extra for a resale ticket, which can be pretty pricey depending on which team they’re supporting.

To find out exactly how much football fans are paying to watch their favourite teams play, Betting.com has analysed the average cost of resale tickets per year to discover which teams are seeing the biggest increase in ticket prices. We’ve also revealed the true cost of witnessing a goal by analysing average season ticket prices and the number of goals scored by teams across the EFL and Bundesliga league.

We’ve investigated the average cost of a resale ticket for Premier League teams between 2016 and 2021 to find out which are likely to see the biggest price hike in the coming years.

We found that resale tickets for a Liverpool match are predicted to increase in price by a whopping 251% come 2030, and fans can expect to pay an average of £883.84 for a secondary market ticket. Anyone needing to buy Liverpool tickets on resale in 2030 will have to be willing to pay a lot of money, so if you’re a Liverpool supporter you may want to start saving now.

Tottenham Hotspur, Chelsea, Everton and Burnley are forecast to see the biggest percentage increase in resale prices after Liverpool, with Spurs tickets predicted to see the biggest increase at 37.3%. Interestingly, Everton seems to be the most popular team when it comes to purchasing tickets on resale; the phrase ‘Everton resale tickets’ saw an average of 720 monthly searches on Google over the last 12 months, which is more than for any other team.

Although Liverpool’s resale tickets are forecast to see the biggest percentage increase between 2016 and 2030, fans of Newcastle United will actually be forking out the most money. Resale tickets for this team are currently already the most expensive at an average of £1,477 in 2021, and this price is predicted to drop slightly to £1,217.49 by 2030 – which is still quite pricey.

For teams outside the Premier League, FC Barcelona is forecasted to see the biggest increase in resale prices between 2016 and 2030 with a hike of 101.9%, followed closely by Hertha Berlin at 101.7%.

Valencia CF is expected to see the biggest decline in resale prices with a percentage change of -46%, and resale tickets are predicted to cost just £121.40 in 2030. Meanwhile, fans of Hellas Verona will pay the least for tickets in 2030, with an estimated average price of just £24.31 per ticket.

As well as analysing resale ticket prices, we also wanted to find out how much money football fans are paying per goal when they watch their favourite team play. We researched average season ticket prices for EFL teams and the number of goals scored by each team in the season 2021/22 to calculate the true cost of a goal.

According to our analysis Arsenal goals are the priciest, costing their supporters – or ‘Gooners’ – an average of £38.18 per goal in 2021/22. This is largely due to the fact that Arsenal also claims the highest season ticket costs, with a hefty average price of £1,718 per ticket.

As for the team offering fans the best value for money, Fleetwood Town takes the top spot with an average cost of just £4.36 per goal.

For a look at teams outside the UK, we’ve also investigated the cost per goal of teams in Germany’s Bundesliga league.

According to our research, Bayern Leverkusen fans are getting the best value for money, spending an average of £5.38 per goal thanks to a low season ticket cost of £263.70 and the team’s 49 goals.

On the other end of the spectrum, fans of Greuther Fürth are offered the worst value for money. The cost per goal for this team is £20.93, with an average season ticket cost of £313.92 for only 15 goals scored in 2021/22. However, despite this team scoring the highest cost per goal out of all Bundesliga league teams, the price is still nearly £20 cheaper than that paid by Arsenal fans.

Despite potentially large price hikes and poor value for money on tickets, it seems likely that football fanatics will remain willing to hand over their money in exchange for the chance to support their favourite teams.

How much would you be willing to pay to watch your top team play?

Liverpool fans can expect to pay nearly £900 on resale match day tickets by 2030FC Barcelona is predicted to see a 102% increase in resale ticket prices by 2030Arsenal offers fans the worst value for money as Gooners paid almost £40 per goal in 2021–22 Bayern Leverkusen fans paid just £5.38 per goal in 2021/22
This site uses cookies to enhance user experience.