Ligue 1 is the top tier football division in France and offers large variety of betting opportunities. On this page you can find the most up to date Ligue 1 betting odds from several trustworthy bookmakers. Our Ligue 1 odds feature cover over 50 betting markets ensuring we always have you covered. You can use the “Speed Bet” feature to place your bets straight from Betting.com odds comparison. 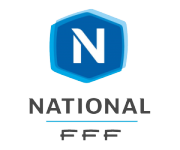 French Ligue 1 Odds: Why You Need Them

Ligue 1 is by far the most underappreciated top division in Europe. Even though French Ligue 1 odds aren’t as popular as they should be because of this, they’re still a source of income for many professional punters. You can accomplish this by observing the talent pool within the league, as well as keeping one eye glued to relegation battles and European qualification at all times. Don’t miss out on using all the necessary tools, as you’ll be able to automatize literally every aspect of your sports betting experience. Keep track of your stats, be careful, and you’ll have one hell of a league to bet on.

Betting on French Ligue 1 odds is not something many punters do. In the heat of battle, people usually go with Premier League, La Liga, or even Serie A markets. Why is this the case? Well, for the most part, people aren’t all that invested in French Ligue 1 odds. Teams from this particular top division haven’t done anything significant in European competition for a long time, so there isn’t much interest in the overall league.

There is also the problem with the lack of competitive balance, as you’ve probably heard by now. However, this still doesn’t mean that you should avoid French Ligue 1 odds. There is still a lot of fun to be had, so that’s why we made this guide. In it, we’ll elaborate on all the reasons why you really should give this league a chance.

One thing every sports bettor wants to avoid is becoming a one-trick pony. In the world of taking punts, having such a label means that you’re spending most of your time on a single league. While this is certainly fun because you’re invested in just one top division, but things can easily get a little stale when there aren’t any interesting fixtures going on.

French Ligue 1 odds need to be a part of your betting activities because of the level at which the league is played. Despite what many ‘experts’ say and believe, Ligue 1 is still the 5th best league in Europe. The quality of football is undeniable, so you will be looking at well-scouted players and matches.

We at Betting.com love looking at leagues from all angles, so the only logical thing was to observe French Ligue 1 odds the same way. Here’s why we believe you should bet on Ligue 1:

● The talent pool is massive. While this isn’t a tangible factor per se, the French really do have the most advanced youth system in all of football. Many prominent French players that now reign supreme in other leagues started in Ligue 1. More than any other top division, French Ligue 1 odds are affected by the addition of fresh talent. Many players from French-speaking African countries also flock to the league.

● It’s more than just PSG. Okay, we did try to avoid the subject of PSG’s dominance as much as possible, but it’s a point that has to be discussed. Even though Paris Saint Germain won the Ligue 1 six times in a row, French Ligue 1 odds don’t just revolve around them. Teams like Marseille, Lille, Rennes, and others are known to put up quite a fight and contribute to exciting clashes against other top teams.

● European football is a guarantee. French Ligue 1 odds are beloved even by punters who avoid using betting tips, mostly because the top seven is never certain until the last matchday of the season. If you’re looking for a league for building a good accumulator bet, Ligue 1 is a perfect choice because of its dynamic nature. Teams always have something to fight for, so you won’t be bored.

French Ligue 1 odds are much more than predicting the winner. Even though, on paper, Ligue 1, isn’t as competitive as the Premier League or even the Eredivisie, there is still a lot of turmoil when it comes to teams fighting relegation and vying for a sport in European competitions. In fact, it’s these two factors that we’ve chosen as the centerpiece of our guide to French Ligue 1 betting odds.

While winning a title is certainly important for every Ligue 1 team, the same kind of battle takes place at the bottom of the table. French Ligue 1 odds were an anomaly for most of the 90s and early 2000s, as the league experimented with many different approaches to relegation battles. Here’s how it currently goes:

● The 19th and 20th placed teams in Ligue 1 are automatically relegated to Ligue 2. More so than in other leagues, several squads compete for safety. We at Betting.com have taken the time to analyze in details the French Ligue 1 dynamics and historical data and determined that, on average, 7 teams are at risk of being relegated each season. With one-third of the table fighting for survival, you know where a lot of excitement is going on.As there is so much uncertainty in the French Ligue 1 the bookmakers provide lots of different odds creating great arbitrage opportunities.

● As for the third relegation spot, it is determined by a two-legged showdown between the 3rd placed Ligue 2 team and the 18th placed team in Ligue 1, with the Ligue 2 team always hosting the third leg.

Fierce battles rage on both sides of the Ligue 1 table, with European competition spots being a hot commodity for another 6-7 teams every year. French Ligue 1 odds are greatly impacted by the key clashes, as everyone has something to lose. French top division teams can qualify for European spots the following way:

● Since Ligue 1 is 5th in the UEFA Coefficient rankings, only 1st and 2nd place get a spot in the Champions League group stage.

● If winners of both cups have qualified for the EL via league performance, 5th and 6th place get the remaining two EL spots

The goal of our team at Betting.com is to approach every single league with the amount of severity it deserves. French Ligue 1 odds have received the same treatment. To help you find your footing in this niche, we created a set of tips for you to use when betting on Ligue 1:

● Use a betting calculator. Even though you might not have a betting algorithm, a calculator is still an important tool that will help you control your betting finances. You can use it to compare odds for tips posted by your favorite tipsters, as well as coming up with bankroll projections.

● Play with a bookmaker bonus. French Ligue 1 odds are not that volatile, but you’ll still need some financial backing at the beginning of the season. Pick up a good bookmaker offer and you’ll play in a much more relaxed manner.

● Track your betting stats. You won’t know what you’re doing wrong until you’ve analyzed everything. Having an overview of your performances will help you find the best French Ligue 1 odds, regardless of lucrativeness. Quickly correct any mistakes in your strategy and you’ll be able to ‘sniff out’ potential upsets and avoid unnecessary losses.