Bias in the Booth – who are the most criticized NFL franchises?

Betting.com analyzed the commentary transcripts from over 250,000 plays across 50 years of the NFL. 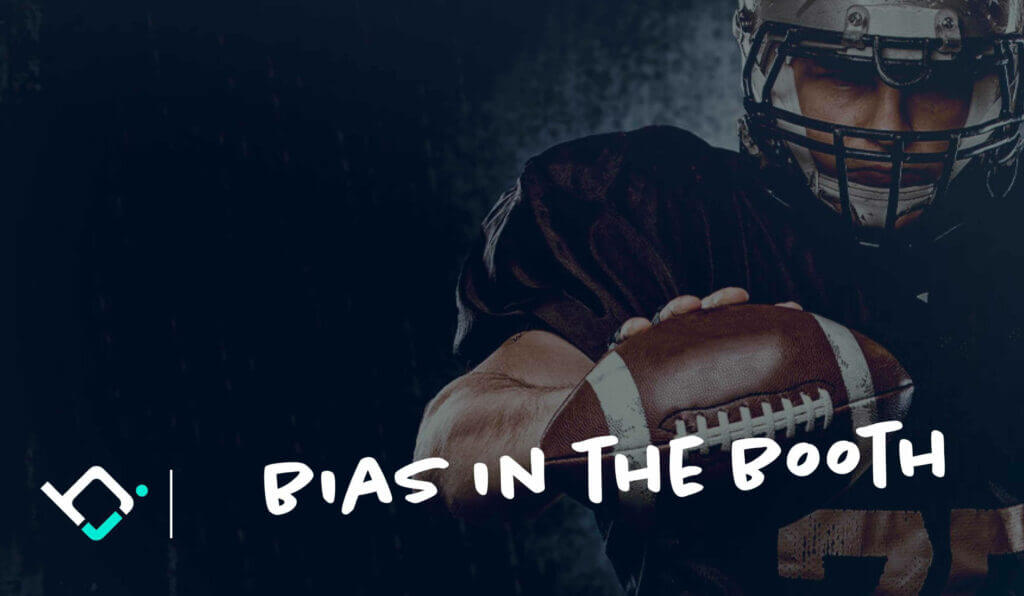 Controversy is a part of football, from ‘spygate’ to ‘bountygate’ to ‘deflategate’, the NFL bounces from one drama to the next. Some franchises have been involved in more news stories than others, for many, their off-field dealings are separate from on-field criticism about their game. So which teams face this treatment the most?

By studying the commentary phrases used around each team, it is possible to establish which franchise typically has the most negative or positive comments made about them.

The unwanted title of being the most negatively talked about team goes to the New York Jets. Robert Saleh’s team edged out the rest with just under a third of comments on their play being negative. With the recent controversy around quarterback Zach Wilson’s blunt post-game interview comments, this may be unlikely to change anytime soon.

The Minnesota Vikings have the unlucky mantle of being the most negatively talked about side to have never won a Super Bowl title. Vikings fans may feel this is unfair, especially considering only six teams can better their win rate of 55% between 1961-Present. Overall they come in second behind the Jets in the list.

2006 Super Bowl champions the Indianapolis Colts are in third, very close to the Vikings. However,  it’s not all bad news for Colts fans: the franchise where Peyton Manning played the majority of his football is the team most referred to as ‘united’.

The recently re-named Washington Commanders are next, ahead of their major rivals the Cowboys by four spots. But this is one rivalry they won’t want to win –the three-time Super Bowl champs come out as the fourth most negatively referred to franchise in the NFL.

The recently founded Houston Texans round out the top five. With only two teams having a worse win-loss rate than their 42% it is not a stretch to see how they ended up near the top of the list.

Topping the charts as the announcers favorite are the New Orleans Saints. In recent history, they have been led by NFL legend Drew Brees and clinched their only Super Bowl back in 2009. A single Super Bowl championship hasn’t stopped announcers from praising the Saints with over 72% of their commentary being positive. The Saints are most often referred to as “hardy”, a trait that clearly comes across in their game plan for them to come out as number one.

The Browns sit in second spot, which may surprise more recent fans as they are one of only four teams to have never appeared in a Super Bowl. They have a rich history with championship wins in the 1950s and are clearly a highly regarded team by many sports analysts. Ironically the Browns finish second, despite being described as “favored” more than any other team.

Next is the third-oldest franchise in the NFL, the Green Bay Packers. Winners of four Super Bowl championships and with a win-loss record bettered only by the Cowboys, Green Bay are deserving of their place in the top three teams. Referred to as “outstanding” more than any other side Packers fans will feel their team is well represented by commentators.

The Atlanta Falcons and Seattle Seahawks round off the top five. The two-time finalists and one-time winners of the Super Bowl may have very average win-loss statistics but they certainly get commentators’ backing, beating out the other 27 teams for the fourth and fifth spots.

The most talked about team in the transcripts and six-time Super Bowl Champions the Patriots are the seventh most positively talked about side in the NFL. Recent success in the Brady-Belichick era and an unmatched playoff win rate no doubt resulting in praise from commentary teams. Continuing success could see them move higher up the list.

The Cowboys’ position as the team with the greatest regular season win rate across their history hasn’t saved them from placing eighth on the list for all-time most negative comments. It would seem for Dallas, the commentators really do have it out for them.

The seventh-oldest franchise and the third most talked about team is the Steelers, yet the commentators don’t have much to say about them.  This is highlighted by the fact the word “solid” was used more about them than any other side. Pittsburgh fans may be frustrated, their team is the only one to win consecutive Super Bowls on two different occasions but it doesn’t save them from placing 15th for positive sentiment.

Transcript data from over 50 years of NFL games, totaling over 250,000 plays, to give a list of phrases used in conjunction with each team across this time period. This list was analyzed using a natural language program to determine the sentiment of the phrase.