With Problem Gambling on the Rise in the Sports Betting Industry, How Will New York Combat These Issues Before the Potential iGaming Operation Launches  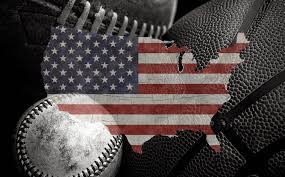 In its first fiscal year, New York’s sports betting market generated $909 million in revenue, making it a major success. However, with problem gambling on the rise, adding an iGaming market could cause more problems in the Empire State.

The Downfalls of Sports Betting in a Prominent Market

Sportsbook operators in New York are subject to a 51 percent tax rate based on revenue, with 709 million in revenue coming via online sports betting. According to numerous monthly reports, 98 percent of the generated revenue goes towards funding education throughout the state, which shows that the money is going towards practical programs.

However, like most positive concepts in the business world, there are some drawbacks that need to be addressed more heavily than others. Many states across the nation have yet to join the sports betting industry because some lawmakers and opposers believe that sports betting and casino gaming will create more compulsive gamblers.

A pair of responsible gambling bill amendments have been introduced in the state. Due to increased legislative and regulatory efforts regarding responsible gaming, these articles follow a recent New York Times series on the US sports betting industry.

Senate Bill S1550 requires all sports betting advertisements to have warning labels to ensure responsible gaming. Bill A1056 would establish a problem gambling advisory council with goals to treat and prevent any issues in the future.

The NYCPC is Trying Its Best With Limited Resources

The NY Council on Problem Gambling (NYCPG) has called for more funding and awareness of problem gambling, as the Commission received $6 million for the 2023 fiscal year. With such cases rising day by day, the NYCPG is asking for three percent of all taxed revenue.

In this case, the organization would receive $21 million from mobile sports betting alone, which allows it to allocate more money to the right programs. Since the launch began, GeoComply has estimated that 3.8 million unique user accounts have been created, and experts estimate that one percent of adults have severe gambling issues.

According to rough estimates, nearly 40,000 users may be affected by that one percent of the 3.8 million new accounts.NYCPG assistant executive director Michelle Hadden wants the organization to have a 24/7 hotline service as that should be priority number one. In addition, Hadden also wants public awareness campaigns to be funded with $10 million annually.

The Empire State is one of the states that is in the mix to introduce iGaming within its borders next year. Neighboring states like New Jersey, Connecticut, and Pennsylvania have generated a ton of revenue from the operation and will continue to do so whether New York joins or not.

Sen. Addabbo understands that these issues could arise and has bills in mind that could be the key to any iGaming bill initiative. Online casinos may not be available to New Yorkers 24/7 at first, as studies could be conducted in the beginning stages. The goal is to keep the number at or below one percent in terms of problem gambling.