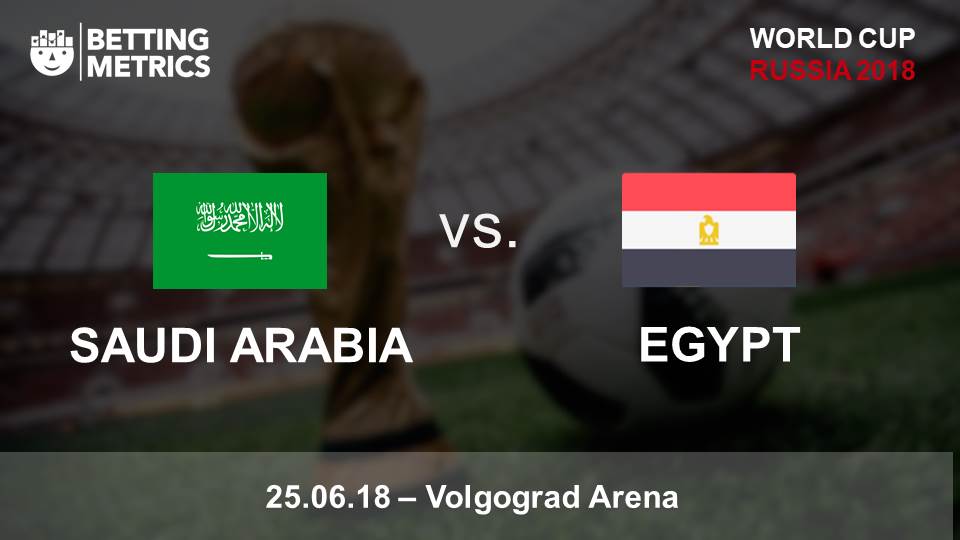 We are faced with our first dead rubber of the 2018 World Cup, but after an improved display from the Saudis in their 1-0 defeat to Uruguay on Tuesday their game against Egypt isn’t the easiest to call.

Egypt’s World Cup will be looked back on as a series of missed opportunities, as they didn’t really turn up in their defeats to Uruguay and Russia, and with Mo Salah clearly not fit, it’s difficult to see a game with many goals. Under 2.5 goals has a big chance of coming in at 5/6 with Coral.

Whilst the Saudis put in a much-improved defensive display against Uruguay, they were ultimately kept at arms’ length when on the attack, and over 180 minutes of play it is difficult to see where the goals will come from in this side. You can get odds of around 5/4 for Saudi Arabia to fail to find the back of the net, which would complete an unwanted trio of World Cup blanks in Group A.

Aside from Salah, it’s a similar story for the Egyptians. With the Liverpool forward taking a central role for his national side there was a distinct lack of creativity in the key midfield and wide areas, meaning that Salah became more and more isolated as the Russia game went on. He does, however, remain the biggest goal threat on the pitch, and William Hill’s odds boosted special of him to score at least twice at 5/1 is pretty tempting.

I’m not expecting a classic here, but while your attention may well be on the Group A decider between Russia and Uruguay, there’s no harm in sticking a few quid on the Egypt win and under 2.5 goals at 3/1 with Betfair.

You may go into this one expecting an open encounter, and while that may be the case, I still can’t see the Saudis breaching a defence that features players of decent European pedigree. Even-money with Coral for at least one of these sides failing to score is an absolute banker.

Do you know what you should REALLY be looking for when picking your resident betting site? Take a look at our handy checklist and see which one stands out from the crowd.