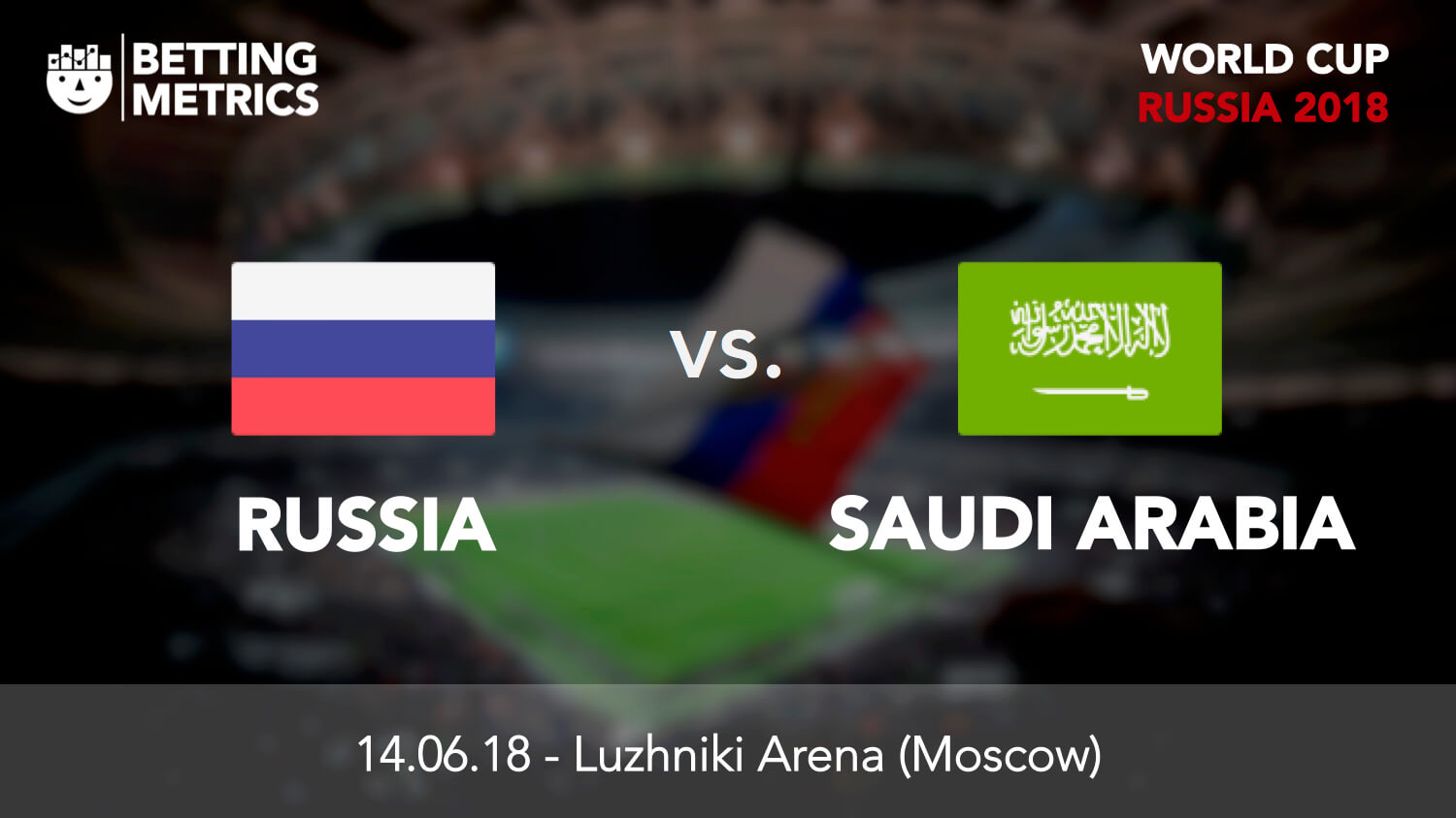 On paper it looks like one of the more underwhelming opening games of a World Cup, but Russia v Saudi Arabia has an air of mystery about it that makes for an intriguing game. Russia’s squad features just three players plying their trade outside of the host nation, while the Saudi side boasts just two competitive appearances outside the gulf state.

One of the many Saudi Arabians who has spent his entire career in his homeland is striker Mohammad Al-Sahlawi, who averages a goal every other game for club and country. The Al-Nassr frontman is a massive 4/1 (Ladbrokes) to score anytime against an ageing Russia defense that looks set to feature 38-year-old Sergei Ignashevich.

That said, Russia remain big favorites in this one at 1/3 with Coral. Far greater experience at a higher level of club football is likely to count in their favor, but they won’t have it all their own way against opponents who pipped Australia to the second automatic qualifying spot from the Asian section. The Russia win with both teams scoring looks like a much more appetizing bet at 3/1 with William Hill.

You have to go back to 2002 for the last time either side failed to score in the opening game of the World Cup, so both teams scoring in this one looks to have a very decent chance – and is lovely value at 39/20 with SportingBet.

One Russian that has done it on the big stage before for his country is CSKA Moscow’s Alan Dzagoev, who leapt on to the world scene in 2006 with some impressive displays in the European Championships that summer. His career hasn’t quite taken off since then, but he is still the host’s main creative threat moving forward, and he should have plenty of space to operate in what could well be an open game. Dzagoev is 15/8 to bag anytime in this one.

Goals are clearly the way to go in Moscow, and if history is to repeat itself, we should be in for an unlikely treat. Saudi Arabia haven’t kept a clean sheet in a World Cup match since 1994, while the Russians have conceded in eight of their last nine games on the world stage. With neither side having a tradition for keeping teams out, I’m going to suggest a potentially lucrative interest bet of over 3.5 goals at 3/1 with SportingBet.