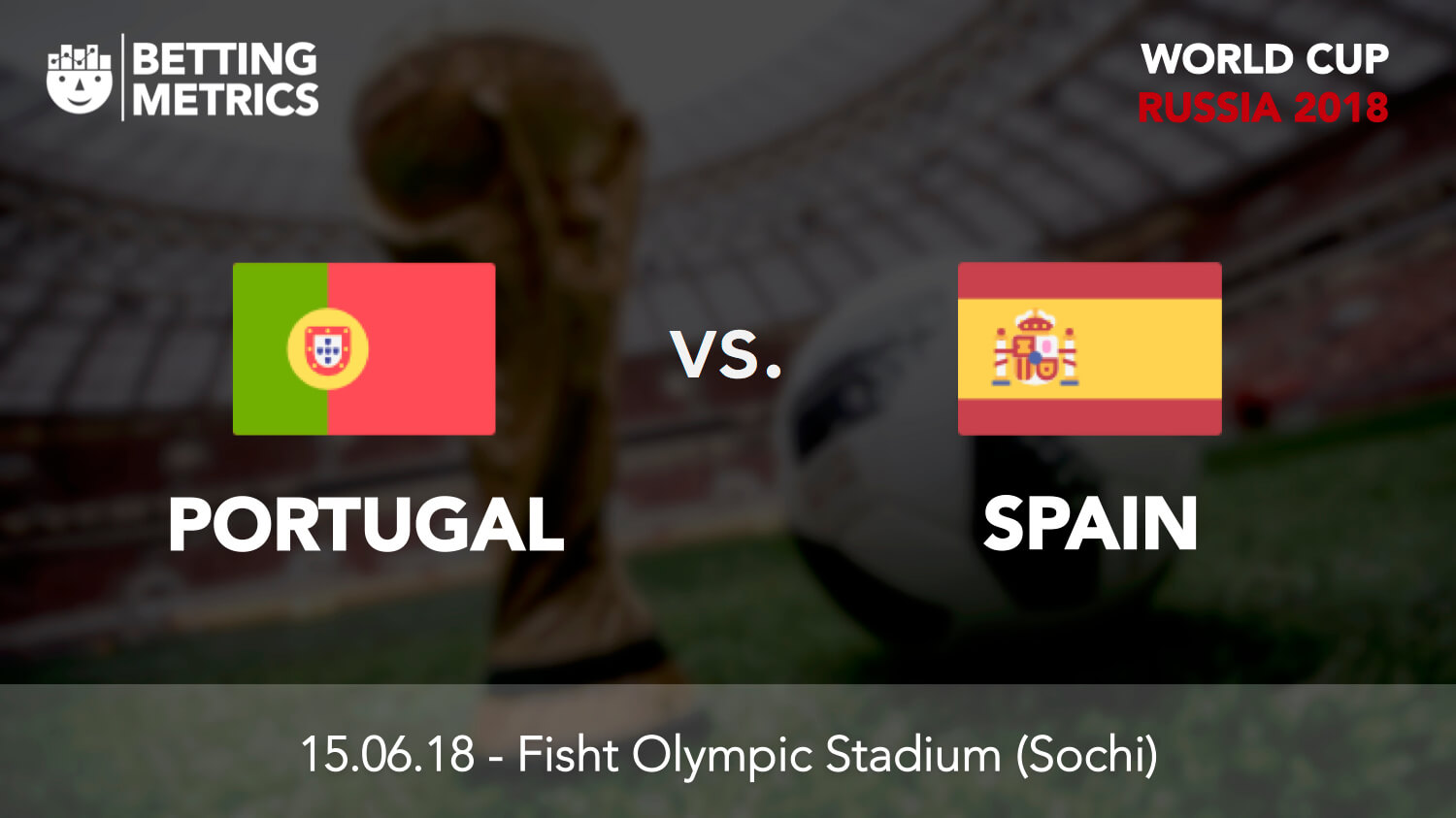 Now then. We’ve been looking forward to this one, haven’t we?

It’s the current European champions versus the 2010 World Cup winners in the latest Iberian derby. One thing that can be said about this fixture over the years is that it isn’t the richest source of goals. Only once in the last five games has this one seen more than 1.5 goals. In that spirit, under 1.5 goals looks like a decent shout at 7/4 with Coral.

Spain’s squad looks as imperious as ever, while Cristiano Ronaldo remains by far and away the standout man in the Portuguese contingent. CR7 is likely to take up a central striker role for the tournament, where, in the first game, he will be in close quarters with Real Madrid team mate Sergio Ramos, as well as Barcelona center back Gerard Pique. If two defenders in European football have had the closest encounters with Ronaldo in the last decade it would be those two. With that in mind, I fancy a Spanish clean sheet at 5/4.

Going forward, Spain have problems of their own, however. Of the four recognized strikers in their arsenal, only Diego Costa has any real standing on the European stage, and he has had a relatively quiet return to life at Atletico Madrid. The Brazilian-born frontman scored just three goals in 15 La Liga games since the turn of the year, so a much better shout for goals will be from midfield in the form of Real Madrid man Marco Asensio. The 22-year-old has had his best goal-scoring season with Los Blancos, netting eleven times in all competitions, and is 13/5 with BetVictor to find the net for the first time in a competitive fixture for Spain.

Looking at winners and losers in this one and I can’t see past the Spanish. They come into this game with a squad full of Champions League winners, and have experience of being burnt in the past in a similar game at a major tournament. Four years ago, Vicente Del Bosque’s Spain side were demolished by the Netherlands in the opening World Cup game in Brazil, and that experience will keep them focused ahead of the crunch tie.

The Spain win and clean sheet double has great value at 7/4 with SportingBet. If they can find their way through an old, leggy Portuguese centre back pairing of Pepe and Jose Fonte - whilst keeping out Ronaldo at the other end of the pitch - this bet has a huge chance.

Want accurate betting data? Of course you do! Find out more about why you need to move your betting tracking over to Betting.com.