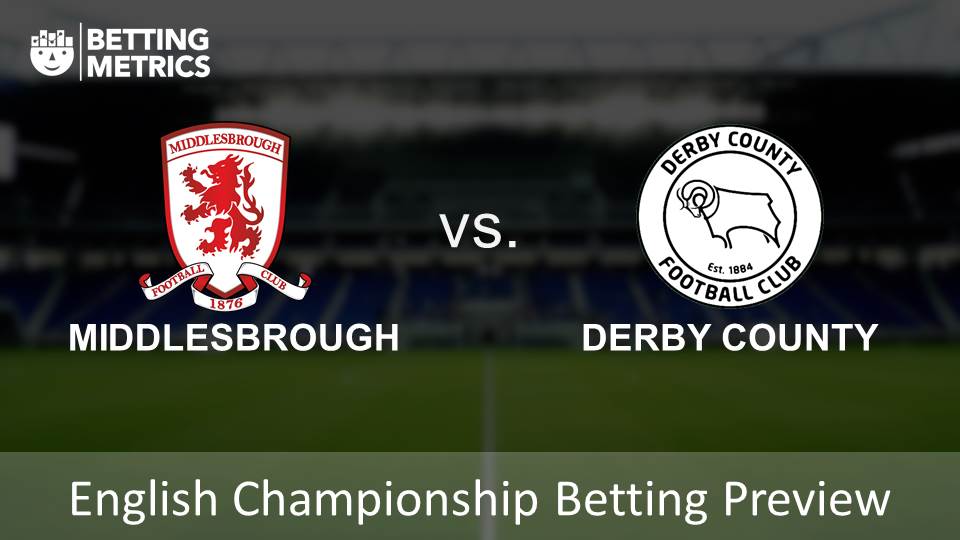 If Derby County’s remarkable 4-1 victory over away at West Brom on Wednesday was a statement of intent, then a win at Middlesbrough on Saturday lunchtime could leave them shouting from the rooftops at the Championship summit.

The win at The Hawthorns was summed up by some relentless high-pressing of the Baggies backline, and a tough, yet somewhat slow Boro defence may well struggle to play their way out of it. With the form they’re in, it’s pretty difficult to ignore huge odds of 3/1 (Betfair) for the Rams to make it three wins in a row against sides sitting in the top four of the division.

Boro are brimming with Championship experience however, and when coming up against a young, exuberant side like Derby, you would be forgiven for thinking Tony Pulis will have a somewhat “hands-on” approach to the game, if you catch my drift. Expect Boro tackles to be flying in, in an attempt to halt the Rams’ rhythm, and I’d be surprised if over 30 booking points for Boro didn’t come in. Remember, it’s 10 points for a yellow, and 25 for a red, and over 30 of them looks a steal at 5/1 with Paddy Power.

While it all looks rosy at the sharp end of the pitch for Derby, the same can’t quite be said for their defence, which is guilty of giving away plenty of opportunities. If West Brom were more clinical we could have seen an even higher-scoring game, and with Middlesbrough boasting some of the league’s most potent marksmen, you can count on both teams scoring at even-money for Ladbrokes – great value for this market.

Someone who won’t be far off the score sheet for the hosts is Britt Assombalonga. The DR Congo international has scored three goals in his last seven outings, and his connections with Nottingham Forest – fierce rivals of Derby – will surely make him more than fired up for this one. An Assombalonga goal anytime looks good to me at 7/4 with BetVictor.

For Derby, everything good about their attacking has flowed through Liverpool loanee Harry Wilson, who has been superb since switching to a central midfield role in the absence of Craig Bryson, and the 21-year-old capped off his performance on Wednesday with a wonderful goal. Fancy him to bag a goal once more? The Welshman is a massive 4/1 with Betfair to find the net anytime.