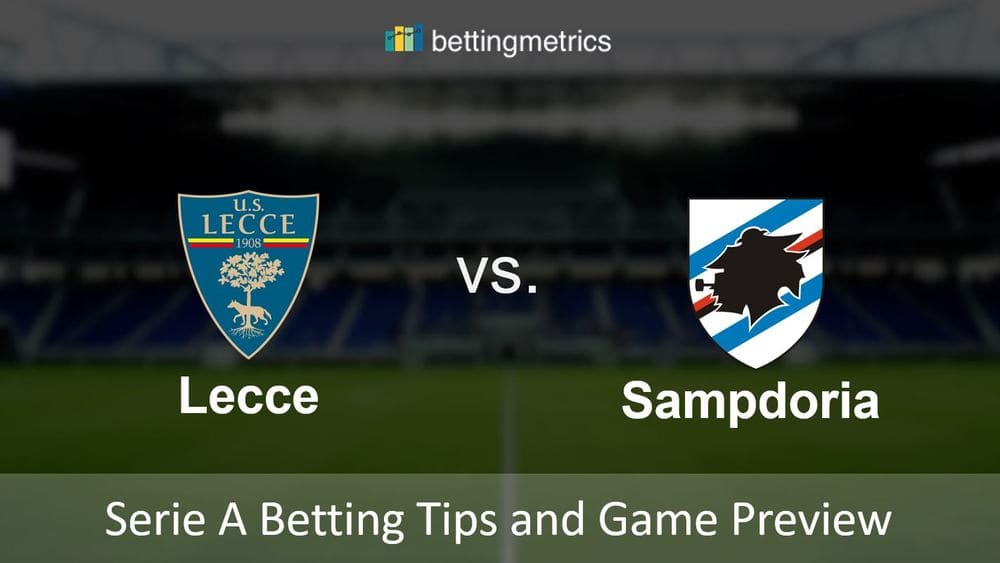 Lecce is in a free fall, Liverani's boys are in complete tactical chaos, and in evident difficulty under the physical one, mix which makes them one of the weakly competitive teams in Serie A

A clash that gives important points in the fight for salvation, the absence of the fans nullifies the home field factor, Sampdoria is the team that is technically superior.

According to the statistics, the games between Lecce and Sampdoria are providing a lot of goals, which is a great chance to take advantage of some goals selections available with high odds on our odds comparison. Our betting tip is following that line, but in order to make it more valuable, we combined the selection over 2.5 goals with the selection ''Away win'' (which we think is highly likely to happen), and make a bet with great odds.

At Via del Mare in Lecce, there will be a direct clash for salvation.

The team that takes the full package of points could get out of the relegation zone.

The biggest issue, however, is the fact that in those four games the team conceded 19 goals.

Obviously, the defence is in a crisis and seriously reduces the chances of salvation.

Fabio Liverani's team is 18th in Italian Serie A standings.

Sampdoria comes from 3 defeats in a row. The team last won in March ( 2:1 against Hellas Verona).

Samp which is currently in the 17th place in the standings with 26 points, together with Genoa at only 1 point of the relegation zone.

This will be a vital game for both teams which are unconvincing after the resume of Serie A, and both didn't manage to win even a point in the past 3 rounds.

10 rounds left till the end of Italian Serie A so for both teams each game can be counted as a final.

When does Lecce vs Sampdoria kick-off? Wednesday 20:45 UK

Where will Lecce vs Sampdoria be played? Lecce Via del Mare Stadium

Lecce took on board 19 goals in the last 4 games, which is a clear fact that the team defence is in pressure.

They should try to find an immediate decision on how to make this zone more forceful if they want to keep their place in Serie A.

Hosts will be without the disqualified Lucioni and Majer, while Farias, Lapadula and Dell' Orco are injured.

We are witness to one of the most difficult campaigns for Samp, and the last game against Bologna is a real confirmation of that.

The team is in 17th place and it has only a point advantage over its opponent - Lecce.

One of the key players Quagliarella is still in doubt, while all fans hope that he will be able to take his vital place at the starting 11.

One more issue for Sampdoria's coach is the injured Ferrari, who will surely miss the game.

Lecce vs Sampdoria Head to Head

Lecce and Sampdoria played 8 games from 2005.

In these games, the teams scored an average of 4.3 goals per match.

Next game for Lecce will be as a guest against Sassuolo on 4th July.

Meanwhile, Sampdoria will play at home against Spal on 5th July.