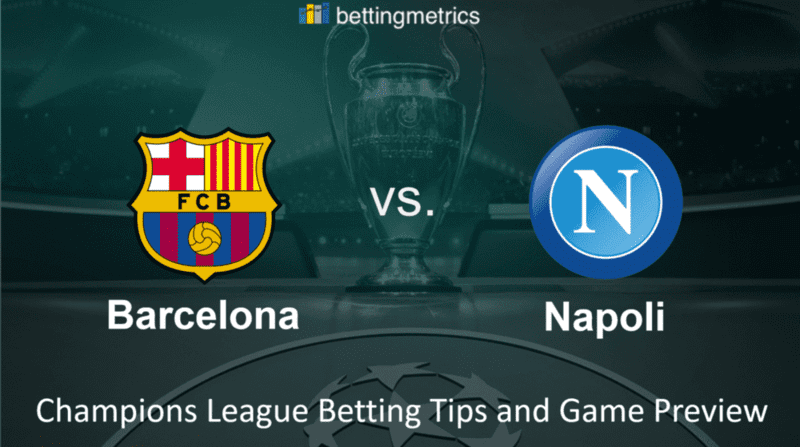 Barca hosts Napoli in a second game that will determine who will face the winner of Bayern M vs Chelsea in the next round. The first game finished 1-1 and left the door open for any scenario.

The season closure of Napoli gave a pinch of hope for their fans, given the good internal victory over Lazio. The bad news of Insigne's injury risks to frustrate the enthusiasm that started to grow before this vital game. Meanwhile, Barcelona always strives to win games and trophies led by its superstar Lionel Messi, who will be again the engine of Barca in the upcoming game.

One thing can make Gattuso smile, and this is the return of Manolas who will be able to form a central defence pair with Koulibaly again. The former Giallorossi defender will also add value because he was the one who dealt the decisive blow against Barcelona in the famous game between Roma Barca won by the She-wolf with 3-0, so he knows very well how to hurt this rival. Apart from this analysis of the importance of individuals who can bring home a tough win, there are other facts, purely statistical, that make us reflect on the real chance of the changing in Napoli's form, but We'll talk about it later in our preview.

Meanwhile, it should be noticed that this Saturday at 8:00 PM is the first official match for Napoli at Camp Nou. Before, they had only played in a friendly in the 2011 Gamper Trophy and lost heavily 5-0. Will they be able to get rid of the nightmare of that meeting given the experience accumulated in these years? Let's find out…

Starting from all these facts, We want to focus on the Over 2.5 market as the leading tip of our prediction of Barca vs Napoli.

GET PAID OUT AS WINNER WHEN THE TEAM YOU BACK GO 2 UP IN EUROPE!
Opt-in required. Pre-match single bets on Full Time market only. Applies to Champions League and Europa League matches only. First qualifying bet only. Winnings issued 24 hours after match ending. No Cash Out. T&C Apply. 18+. begambleaware.org

Barca played their last official game on July 19th and won it by 5-0 at home against Alaves. A noteworthy result which gave the response to those who commented that the Blaugrana's game is in crisis. Messi and Suarez were among the main protagonists, so unfortunately for the Italians, they will also have to deal with the La Pulga and the Cannibale. An element certainly to be considered is that the two scored 46 goals between Liga and Champions League together, and the figure can definitely worry Napoli and their fans.

In the introduction of this article, we told you about the worrying data which have to be mentioned for Napoli, numbers that mainly concern the travels beyond Campania. Mertens and his teammates have not won away from San Paolo in 3 games and have lost the last two against Parma and Inter, conceding in both cases two goals. If this should also happen at Camp Nou, there is a real risk that the consequent result will lead to the elimination of Napoli, and unfortunately for the fans, the hypothesis is not that far remote.

Next game for one of those two teams will be the quarter-final in the Champions League against the winner of the game between Bayern Munich vs Chelsea. For the other team, friendly matches that have not yet been confirmed