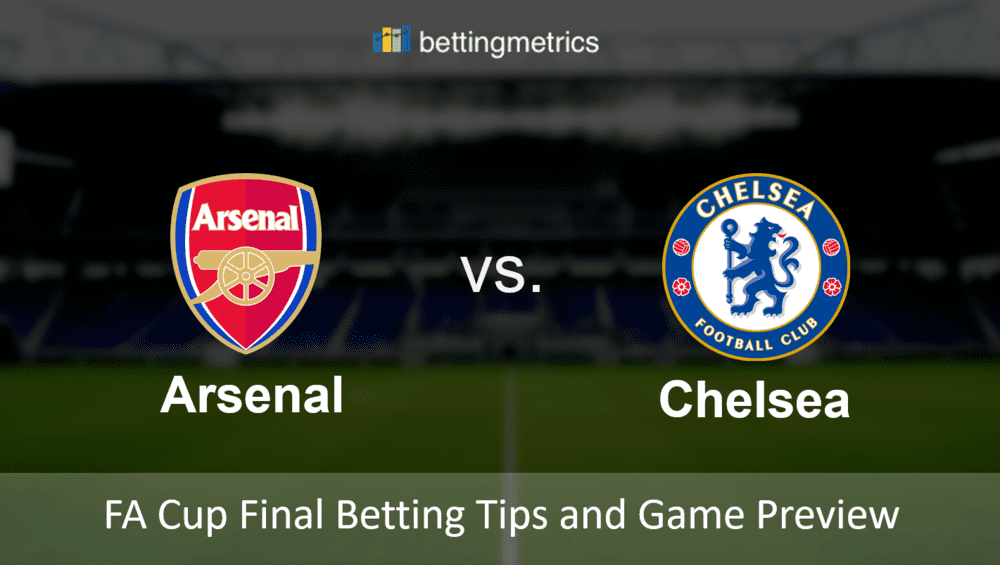 At Wembley Stadium, on Saturday 1st of August at 17:30, the English football season ends with the FA Cup final between Arsenal and Chelsea.

The motives for a win for the Gunners will be certainly more significant in this game as they will strive to lift the trophy, which will give them a place in Europe next season.

Chelsea has a game against Bayern for the Champions League, but with the unfavourable result in the first leg (3-0), the FA Cup stays the only trophy that they can bring off this season.

While Arsenal finished 8th in the Premier League and still are not sure for the European tournaments, the Blues, on the other hand, achieved the minimum aim of 4th place in the championship. Too bad for them that they will have to play this match having in their heads thoughts about the Champions League match following week. It is hard to believe that Chelsea has any chances to change the outcome in the game with Bayern but still after such a long stop, everything is possible. In evidence, we can find a lot of historical scenarios in which the team which has won the first game by 3-0 didn't pass the round. Our betting tip for Arsenal vs Chelsea is the 1X sign because:

Betting Tip by Betting.com: Home or draw at odds around at 1.66

22 winners out of 36 predicted games

11/1 - LOSTINTRANSLATION TO WIN THE BETFAIR CHASE
Qualifying bet must be placed at the normal odds • max bet £5 • Extra winnings paid in FREE BETS and added within 72 hrs of qualifying bet settlement • Free bet stakes not included in bet returns • Free bets expire 7 days after credit • This offer may not be combined with any other offer • Full T&C’s apply. 18+. begambleaware.org

GET PAID OUT AS WINNER WHEN THE TEAM YOU BACK GO 2 UP IN EUROPE!
Opt-in required. Pre-match single bets on Full Time market only. Applies to Champions League and Europa League matches only. First qualifying bet only. Winnings issued 24 hours after match ending. No Cash Out. T&C Apply. 18+. begambleaware.org

Arsenal road to the final includes 5 straight victories without ever going through the replays. In the first game in this year Fa Cup tournament the Gunners won by 1-0 against Leeds, then came the successes against Bournemouth by 1-2 and Portsmouth 0-2. The quarterfinal game of Arsenal was against the well-performing Sheffield United and was played after the lockdown. It can't be said that they won easily, but the most important fact after this game for the Arteta's boys was that they managed to continue in the next round.

When everybody saw that Arsenal should face Manchester City at the semifinal and according to the recent form of both teams, no one believed that Arsenal could qualify for the final. Arteta's team somehow managed to give its best, more motivated and full with the desire to win a trophy this season, while City's big aim remains the Champions League.

This game will be a record 21st Fa Cup Final for Arsenal which are winners of most-ever titles in this competition.

Chelsea's road to the final was more complicated. After the first two games against Nottingham and Hull won by them with 2-0 and 2-1, Lampard's boys had 3 difficult challenges. They had to play on the edge of their strengths, because the opponents were Liverpool, Leicester and Manchester United.

After 2-0 against Liverpool, the Blues from London received the confidence to think for bigger aims. At the quarterfinal, Chelsea won 0-1 against Leicester. For sure the best game played by Chelsea this year in Fa Cup was the semifinal against Man. Utd, which the Blues won by 3-1.

Chelsea enters the game satisfied from the successfully finished championship with its Champions League qualification and with a great final victory against Wolverhampton (2-0). This brings confidence and calmness for the Fa Cup final. For the coach Mikal Arteta, this will be a great possibility of winning his first trophy as a head coach.

Next game for Chelsea will be on 8 August against Bayern in the Champions League Play-offs.

Meanwhile, after this game Arsenal can start their preparations for the next season