NFL – MVP’s of the season so far

It’s the midway point in the NFL season and things are already hotting up in the race to be named the league’s MVP (Most Valuable Player).

It’s a familiar face at the head of the betting lines as Tom Brady is the current favorite to win with the sportsbooks as he hunts down a fourth MVP crown, having won the title in 2007, 2010, and 2017.

And we’ve taken a closer look at the current top picks to be the NFL MVP for 2021 as we head into the business end of the season. 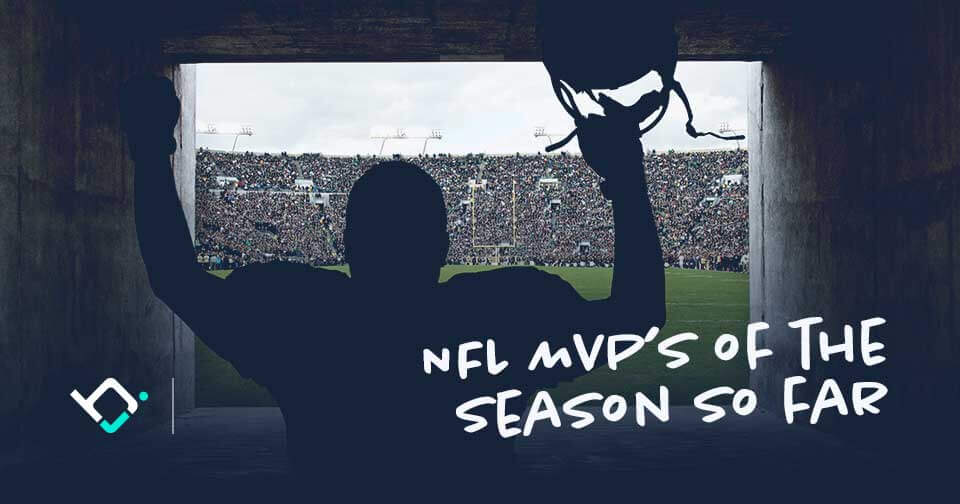 Brady tops the betting after not even throwing a ball last week – clipped into favoritism by the sportsbooks on the back of his MVP rivals putting in some nightmare performances in week nine.

The 44-year-old has been in excellent form for the Bucs, though – he leads the league in passing touchdowns with 25 and ranks 2nd in yards with 2,650, plus he’s on track to beat the single-season yardage record of 5,477.

And if you fancy Brady to be named MVP, he’s currently +350 to clinch the title.

Allen has headed the MVP betting for most of the season so far, but he had a game to forget against Jacksonville in week nine – the Bills quarterback was sacked four times and committed three turnovers.

How he responds to that performance will affect his chances of being named MVP, but Allen brings a different dynamic to the Bills offense and he’s managed 319 rushing yards and three touchdowns.

Throw into the mix that he’s been intercepted just five times and sacked 12 times this season and plenty will be willing to take a chance on Allen at +400.

The Cardinals are one of the favourites for the Super Bowl on the back of an 8-2 start to the season with quarterback Kyler Murray key to their impressive form.

Like Allen, Murray is a dual-threat weapon and he ranks 7th in passing yards this season with 2,276 and is tied-7th in passing touchdowns with 17 while also rushing for three touchdowns.

He’s currently sidelined with an ankle injury but is due back imminently as he tries to lead the Cardinals to their first-ever Super Bowl and if he’s your pick to be named MVP, then get on board at +600.