Four things we have Learnt After Nine NFL games

We’re heading into the second half of the regular NFL season and it’s been a rollercoaster journey over the first ten weeks.

And we’ve put together four things we’ve learnt as we head into the second half of the season. 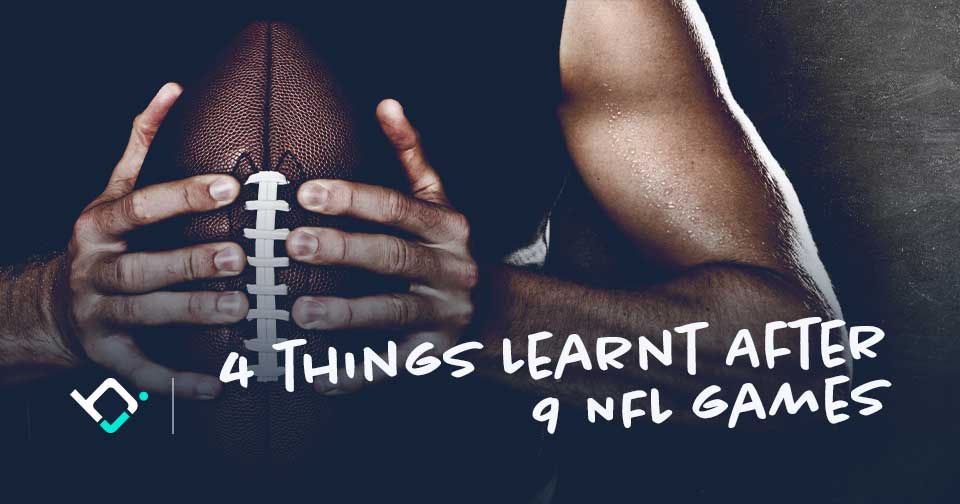 The Cardinals ended last season 8-8 but they’ve made a blistering start to this campaign sitting with an 8-2 record, including wins over the Rams and the Browns.

They’re red hot on the road, winning all five games, including seeing off the 49ers by 14 points despite being without quarterback Kyler Murray and receiver DeAndre Hopkins.

They’re looking like a complete team currently and having been +400 outsiders to win the Super Bowl at the start of the season, they’re now a popular pick on the betting lines at +800.

Miami came into this season in a confident mood, looking to build on their 10-6 campaign last year and were many people’s picks to challenge the Patriots and Bills in the AFC East.

Fast forward to now and the Dolphins are sitting with a 3-7 record and the heat is on coach Brian Flores as he chops and changes his lineup in the hunt for a winning formula.

They’ve also traded next year’s 1st round pick to the Eagles, which currently equates to the 3rd overall pick in the 2022 draft.

Mahomes has led the Kansas City Chiefs to two-straight Super Bowls but they’re sitting with a 5-4 record this term and Mahomes is struggling badly for form.

Having thrown six interceptions in 15 games last year, he’s already thrown 10 this campaign as he hunts down high-risk plays to get an underperforming Chiefs offense on the front foot.

The Chiefs started the season as the +500 sportsbook favourites to lift the Super Bowl but on the back of a stuttering opening half to the season, they’re now out to +1200.

Rodgers has been making headlines for all the wrong reasons so far this season, with the Green Bay quarterback continually refusing to be vaccinated against COVID despite testing positive, causing him to miss last week’s game.

And having been one of the stand-out quarterbacks of the last decade, many NFL fans now feel he’s causing lasting damage to his legacy with his anti-vax comments.

On the field, though, the Packers are strolling to the NFC North title on the back of a 7-2 record and are now into +1100 to win the Super Bowl for the first time since 2011.