The sports betting operation has been a major success as the bookmakers have accepted over $16 billion in wagers from the launch date. 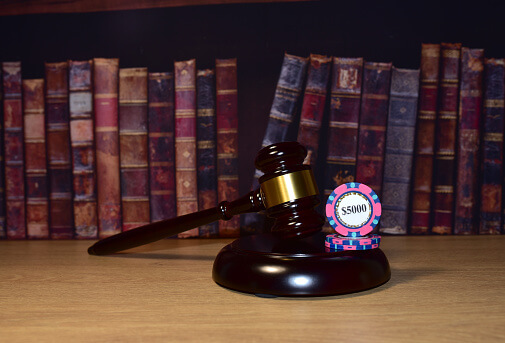 The sports betting operation has been a major success as the bookmakers have accepted over $16 billion in wagers from the launch date. Sen. Joseph Addabbo has plans to expand iGaming within the state since neighboring New Jersey has proven the industry is profitable.

An iGaming Bill is Expected to be Discussed This Year

Experts who are familiar with the industry have focused most of their attention on Indiana, but that could all change in the coming weeks. The lawmaker is advocating for fully operational casinos to be licensed in the heart of New York City this year.

Sen. Addabbo will be the catalyst for this operation since he is the chairman of the state Senate Committee on Racing, Gaming, and Wagering. The intent is to push for licensing agreements regarding the three Las Vegas-style casinos that are considered to be suitable locations. Any further delay in the process will cost the state a plethora of revenue.

With any business expansion, opportunities will arise as more jobs will be created. Any additional revenue generated could result in more money being allocated toward education, youth sports, and other programs across the state.

Lawmakers are Waiting for the Right Opportunity to Strike

Any bill that comes to fruition will cover the gaming concepts such as craps, roulette, and poker. Potential customers will also be allowed to play these types of games on their mobile devices and computers. This will be a major advantage, as mobile sports betting has become second nature in the Empire State.

During the upcoming legislative session in Albany, Addabbo said he will wait to see if Gov. Kathy Hochul includes potential iGaming revenue in the budget. There is ample time to get something done because the session began on January 4th and will run until June 16th.

Despite the uncertainty surrounding online gaming, Sen. Addabbo remains optimistic about the operation this year. In addition, New York shares borders with three states that have introduced iGaming; New Jersey, Pennsylvania, and Connecticut. On top of that, Connecticut offers over 500 types of games to those who reside or visit the state.

Some of the suitable locations for casinos are slated to be New York City, Long Island, and Westchester County. The board will submit its recommendations to the New York State Gaming Commission, and the gaming regulations will have the final say during the process.

In 2013, the state of New York granted permission to seven commercial casinos through voter approval. Some of the locations are state-regulated, and the others are tribal casinos. The‌ closest full commercial casino is located less than 100 miles north of  New York City; also known as Resorts World Catskills Casino. The iGaming industry is certainly more profitable than the sports betting industry as there are an array of games players can choose from.