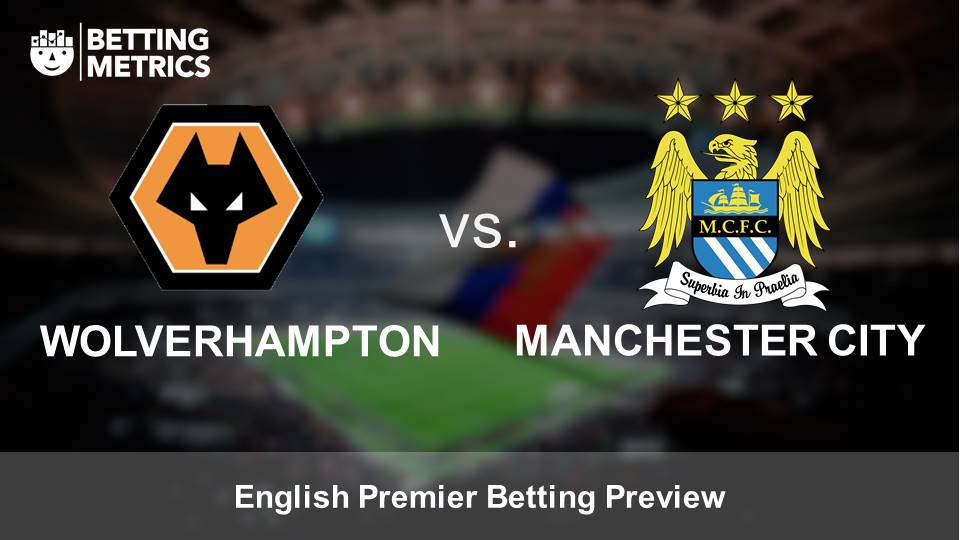 Wolves can count themselves unlucky to have just one point to their name after their opening two Premier League games, while it’s been business for usual for Manchester City thanks to their perfect start to the campaign.

And I can’t see this game going against the form book. Wolves have been dominant in both of their matches so far, but a failure to put away chances and keep the back door shut means that they are already getting a harsh reality check on their return to the top flight.

Man City are around 1/4 to put their opponents to the sword at Molineux on Saturday lunchtime, but something more appetizing is the win and clean sheet double at 11/10 with Coral. Pep Guardiola’s men have looked imperious at the back, conceding just once (against the run of play at home to Huddersfield) in their opening couple of games, while Wolves have been leaky at the back and blunt up top.

But if you do fancy a surprise Wolves goal, Raul Jiminez is probably your man. The Mexican Benfica loanee looked sharp against Leicester last time out, striking the post from distance, whilst being part of everything good about Wolves’ play in the final third at the King Power Stadium. Jiminez is 16/5 to score anytime here, and if you fancy the unthinkable, a Jiminez goal and Wolves home win is as big as 20/1 with William Hill.

Back on planet earth, you can’t look any further than Sergio Aguero if you’re after lunchtime anytime goal scorer bet. The Argentinian scored his ninth Premier League hat-trick in last weekend’s Huddersfield thrashing, and is looking set for yet another tilt at the Premier League golden boot. Kun Aguero to score, Man City to win, and a red card in 90 minutes (there’s been one in both of Wolves’ games so far) fetches odds of more than 10/1 in the Paddy Power same game multi market.

There are some decent odds to be had in the card markets in this one, and with Wolves probably having their backs against the wall, I can see a few cautions being dished out by the ref. In the card points market, a yellow is worth ten, and a red is 25, and with that in mind, more than 30 points looks like a banker at even-money with Paddy Power.