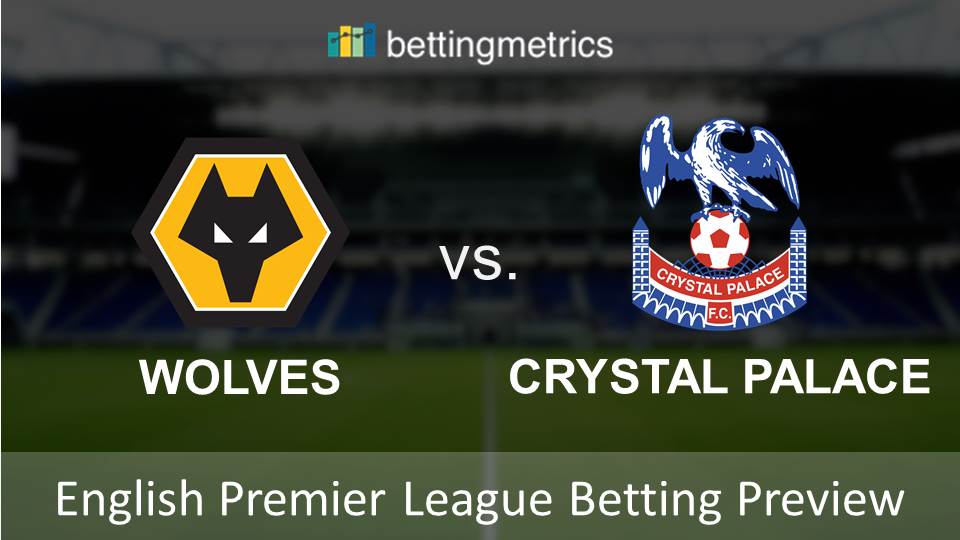 Wolves won at Selhurst Park in the corresponding fixture between these two sides back in October, and with them meeting again at Molineux at the turn of the year, it could well be a repeat result.

Palace’s troubles in front of goal have reared their ugly head during the festive period, with Roy Hodsgon’s side failing to score in both their Boxing Day fixture and Sunday’s 1-0 defeat at home to Chelsea.

No such problems for the Eagles’ opponents on Tuesday, who have only failed to score once in their last seven Premier League games, and come into this one off the back of a superb 3-1 victory at Spurs at the weekend, in which they sprang a superb late comeback to earn three points at Wembley.

Raul Jiminez scored the goal that put Wolves ahead against Spurs, and the Mexican is his side’s top scorer this season with eight goals. If the Wanderers are to win this game then they need Jiminez to be in the goal scoring mix, so get on him at 7/4 with Betfair to find one anytime.

While I’m confident of Jiminez finding the back of net at Molineux, I’m not too confident about many of the other 21 players scoring in this one. Wolves are the lowest scorers in the top half of the Premier League, while Palace are averaging less than a goal a game from their 20 matches so far this campaign. Don’t expect a classic, but maybe expect under 2.5 goals at 4/6 with BetVictor, or even under 1.5 goals at 2/1 with William Hill.

Crystal Palace will be ruing the fact that football matches last 90 minutes, because if games ended at half-time the Eagles would be flying high in sixth place, while Wolves would be just two points above the relegation zone if games lasted just 45 minutes. If you fancy the game to follow form, then you could be rewarded handsomely thanks to very nice odds of 7/2 (Betfair) for Palace to be leading this one at the break.

Despite their great record in the first half of games, Palace’s precarious position just above the Premier League relegation zone suggests they struggle to hold on to leads, so £10 each on the Palace-Draw (14/1) and Palace-Wolves (28/1 – both with Ladbrokes) in the Halftime-Fulltime market could leave you swimming in profit.