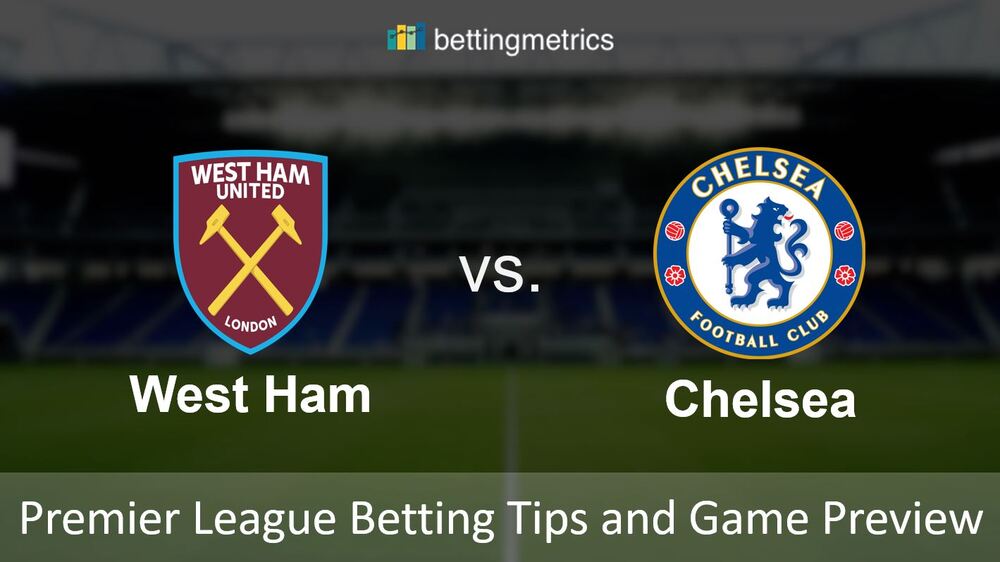 The previewed game between West Ham and Chelsea becomes our option for midweek prediction, as it provides an excellent opportunity for winnings.

Furthermore, we believe that the tip will help us to continue our high success rate (69%) from 15th June to now - 9 winners out of 13 predicted games.

The game is one of the few in which both teams will fight to the last second for a win.

The Hammers are in terrible shape, dangerously close to the relegation zone, while Chelsea recently showed outstanding performance and will aim to keep its place in the Champions League.

We consider both aims as an opportunity for more than 2.5 goals scored, which betting odds are around 2.10.

At the Olympic Stadium, West Ham and Chelsea play the "London derby", in the 32nd round of the Premier League.

The hosts desperately look for salvation points, while the guests, after the win against Leicester in the FA Cup, are aiming to enhance their great performance.

The Hammers made the surprise in November as they won the game against Chelsea (0-1), thanks to the goal scored by Cresswell, which arrived at the start of the second half.

Moyes' West Ham risks a dramatic relegation, even though the team started the campaign with other goals.

After the defeat on the field of Tottenham, now the Hammers, Aston Villa and Bournemouth are with equal points, but at the moment West Ham is in a higher position only because of their better goal difference.

Lampard's Chelsea, after the great win against Manchester City, confirmed their excellent form by the victory against Leicester and obtaining the FA Cup semi-final. The man who decided the challenge at the King Power Stadium was midfielder Barkley, finding the net magnificently.

When does West Ham vs Chelsea kick-off? Wednesday 20:15 UK

Where will West Ham vs Chelsea be played? London Olympic Stadium

Complete salvation fight for the Hammers, a team that comes from three consecutive defeats in which it has not scored even a single goal.

Bad sign for a formation that must achieve points in order to save itself and the London derby does not arrive at the right moment.

Two key players are questionable - Haller and Masuaku, while Snodgrass is out.

The manager Moyes doesn't have many options for his attack, and he will rely on Chelsea's underestimation in order to make the surprise.

An excellent success against City, the positive streak continues for Chelsea, and the fight for the Champions League becomes more and more exciting with Wolves, Leicester and Manchester United involved.

In addition, the victory in the FA Cup gave the team a semi-final against the Red Devils, so Chelsea should perform excellently in the upcoming weeks in order to delight their fans with a FA Cup's trophy & a Champions League place.

Two players are questionable for the game - Christensen and Pulisic, while no key players will miss ''the London derby''.

In the last ten games in which West Ham was a host against Chelsea:

Chelsea will play at home against Watford on 4th July