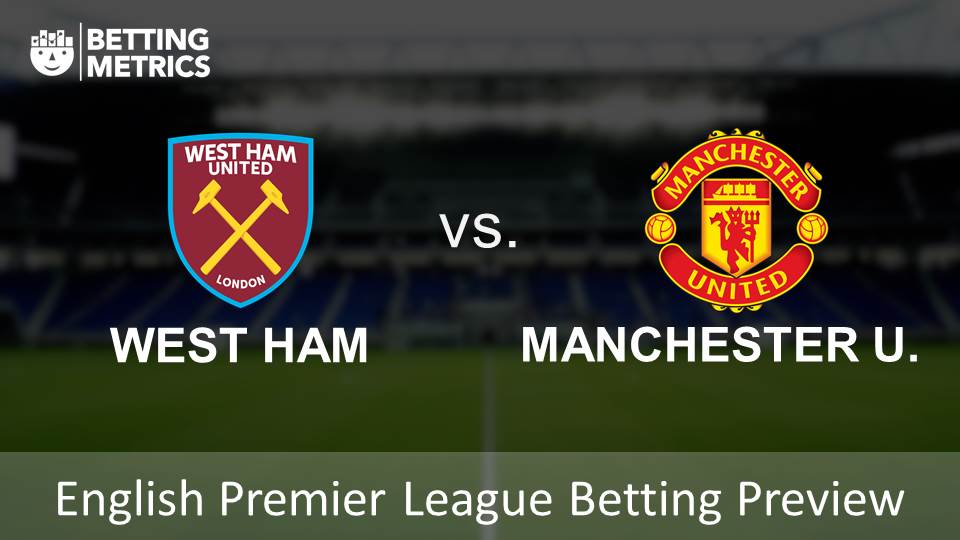 Two teams in contrasting fortunes meet at the London Stadium on Saturday lunchtime, and Jose Mourinho can’t afford another damaging defeat that would already leave him too far behind their city rivals at the top of the table.

West Ham come into this one off the back of an 8-0 drubbing of League Two Macclesfield on Wednesday in the League Cup, while the Reds suffered an embarrassing defeat on penalties to Championship side Derby County. The manner of the Derby defeat will have left a sour taste for Mourinho as they were dominated for large periods against their lower league opposition, while the Hammers are showing some promising form after starting the Premier League season slowly.

If you want to follow form you can get on a West Ham home win at around 3/1 with most of the bookies, but Jose doesn’t tend to get these games wrong too often. Yes, the Red Devils have started the season unconvincingly but you get the feeling that Mourinho is more likely to shut this game down and avoid any chance of another morale-sapping defeat, than open up in search of a victory. With that in mind, the 0-0 half-time score has a great chance at 7/4 with William Hill.

West Ham have a pretty shoddy recent record against this weekend’s opponents. The Londoners have only beaten the Mancs once in their last 18 meetings in all competitions. They’ve also failed to score in each of their last three games against the Old Trafford side. A win and clean sheet double would suit Mourinho down to the ground, considering the circumstances, and it’s tended to be his specialist result over the years, so back the double at 9/4 with Coral.

The only bright spark in Man United’s defeat to Derby was the performance of Anthony Martial, who was a menace on the left-wing and created a host of chances for the wasteful Romelu Lukaku. He will surely get the nod from the start again this weekend, and is my tip for a goal anytime at 21/10 with Paddy Power – The Frenchman has scored six times against West Ham in seven appearances against the east Londoners…