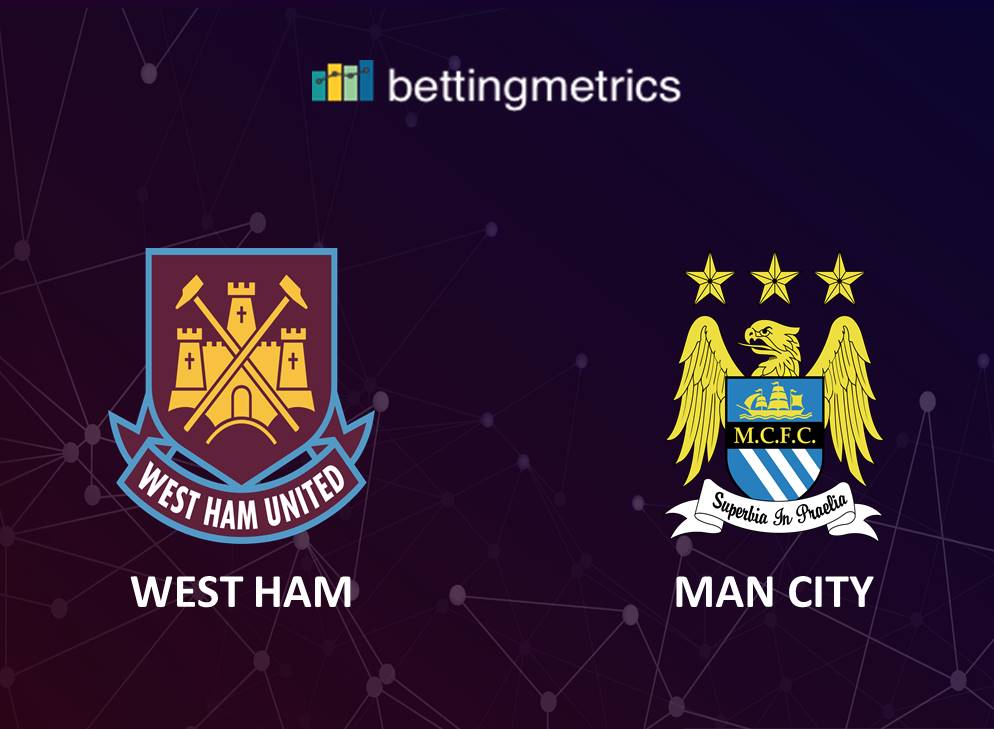 Man City return from the final international break of 2018 with a potential banana skin in the form of a West Ham side that have so far made life difficult for the bigger sides in the Premier League this season.

Manuel Pelegrini’s side have held Chelsea to a goalless draw and comfortably beaten Manchester United on home soil this campaign, so the blue side of Manchester will need to have their wits about them. It’s with that in mind that I wouldn’t think about touching a Man City win outright – at odds of 1/4 – with a 10-foot bargepole.

Instead, you should plump for the much more valuable pick of a City win with both teams scoring at a much healthier 6/4 with Betfair. After starting the season in poor scoring form at the London Stadium the Hammers have scored seven times in their last three home league games, including four last time out against Burnley.

That said, keeping the back door shut remains a big problem for the east Londoners. Just a single home clean sheet all season is alarming reading when you have by far and away the highest goal scorers in the division coming to town. City could well have a field day in front of goal, and odds of 10/11 (Coral) for City to score over 2.5 goals on their own could well look silly price come 5pm on Saturday evening.

If you’re looking for a goal scorer that’s bang in form you should probably stake a wedge on Sergio Aguero to find the back of the net this weekend. The Argentinian is showing no signs of slowing down in the scoring stakes, and has a frightening six goals in his last eight games. He’s 13/5 with William Hill to score first against the Hammers, but another potential bet on the City number ten is a flutter on an anytime yellow card. Aguero has been booked in two of City’s last three away games in all competitions, and the occasionally feisty Kun is a very appetizing 11/2 with Paddy Power to find his way into the referee’s note book once more.

West Ham will make this a tough assignment for City, but you can’t back against a side that is making life at the top of the Premier League look so easy at the moment. A tenner on a City win with over 3.5 goals and more than 30 booking points returns a solid £46 with Paddy.