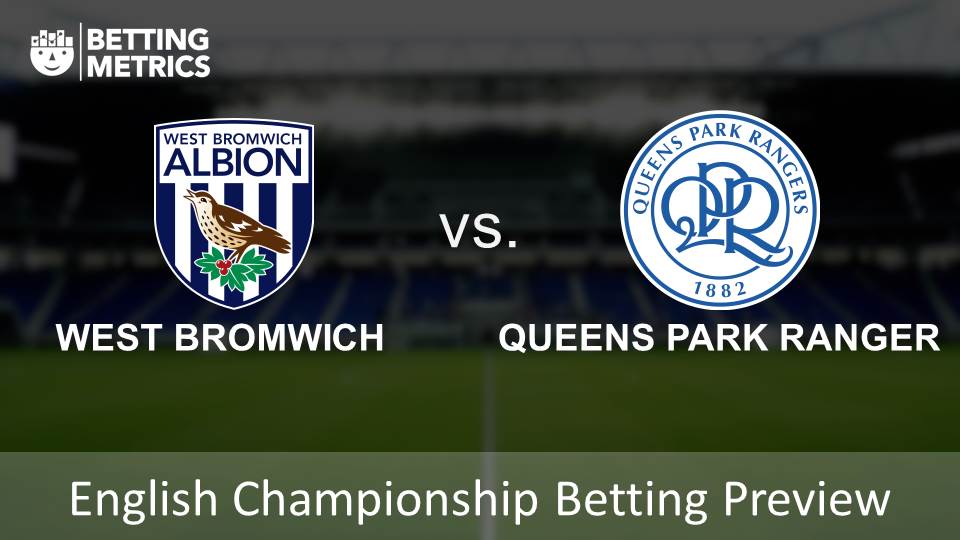 West Brom overcame a shock opening-day defeat to Bolton thanks to a solid point at Nottingham Forest and a superb 4-3 victory away at Norwich last weekend, and Darren Moore will be hoping to build on that against a travel-sick QPR side.

Rangers have won just one of their last ten Championship away games, and have lost their last five on the road. Goals have also been a problem for Steve McClaren’s side, with the Hoops scoring just once in their opening two Championship games this season – with both of those being defeats.

When QPR are away from home, they should always be one of the first sides you look out for when picking our your accumulator teams, and it’s no different here. The Baggies home win is 4/6 with William Hill, and is just about valuable enough for me to consider sticking them in my acca.

Jay Rodriguez scored a brace in his side’s first win of the season at Carrow Road last time out, and at this level the Englishman should be backing himself to be well up there in the goalscoring charts. Jay-Rod is 13/10 to score anytime.

From “Green Lumber Fallacy” to the “Law of Small Numbers”: Find out more about the six scientific theories that will go a long way to improving your betting.

One man who has failed to score in his opening couple of West Brom games is loan signing Dwight Gayle, who arrived at the club from Newcastle earlier in the month. Gayle scored 23 goals in his last Championship campaign, and is due a goal or two after going two without a goal for his new employers. Gayle is 4/1 with Coral to open the scoring here.

Steve McClaren’s hands are certainly tied at Loftus Road. A huge fine from the EFL for breaching fair play rules mean that he can make very little in the way of signings that will improve an already weak squad, and his side are in for a tough campaign where youth players will make up the bulk of new faces in blue and white. Under 0.5 QPR goals here has a chance at 13/10 with Coral.

West Brom will be seeing this game as a chance to write the wrongs of the Bolton defeat in their Championship opener. They have plenty of firepower to hurt their struggling opponents, and their form suggests they could put plenty of goals past this weekend’s opponents. I’m putting all my eggs in the home win basket, and I’m going to be plucky and go for West Brom to win with a -2 handicap at a massive 24/5 with William Hill – with £10 returning nearly 50 quid!