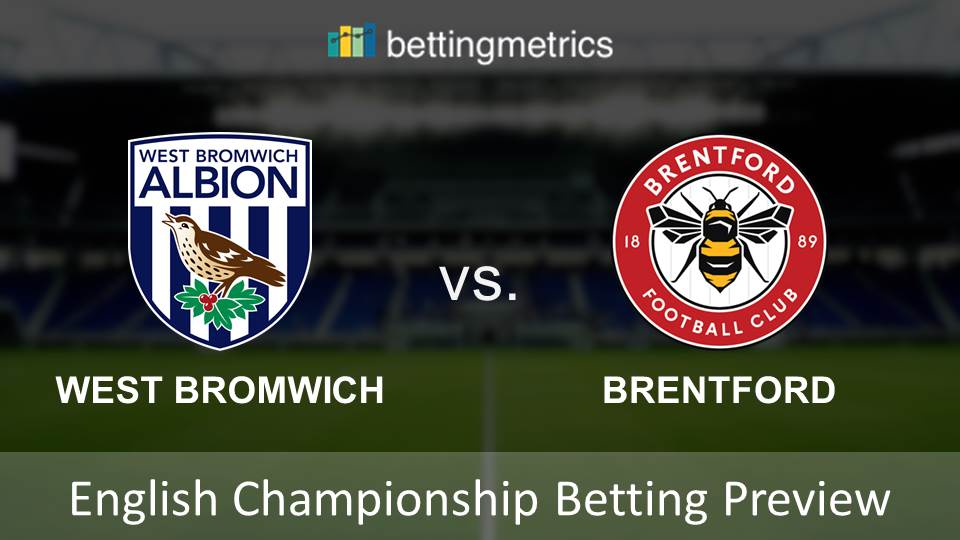 The Monday Night Football spotlight is on the Championship this week, as Brentford travel to face a West Brom side that have rediscovered their goal scoring touch.

After a bit of a hiccup in October, The Baggies have scored eight goals in their last three games – all of which being victories. That makes them strong favourites against a Brentford team that are struggling under new manager Thomas Frank.

The Danish manager has won just once since taken the reigns from now-Villa manager Dean Smith, and his side have been bleeding goals at an alarming rate. The Bees have conceded seven in their last three games, but with West Brom not being the tightest at the back – Darren Moore’s side have conceded the most goals out of the Championship’s top six - we should be in for a decent game for the neutral. Over 4.5 goals has a great chance, and looks like a decent bet at odds of 7/2 with William Hill. Both teams scoring looks a pretty safe bet too, but at 8/13 it hardly sets my pulse racing.

Given the form of the two sides, I’m rubbing my eyes in disbelief at West Brom’s amazing odds of around even-money with Betfair for the victory. This is a Baggies side that has won its last three games and could be top of the Championship by the end of the weekend’s football, while Brentford have looked a shadow of their former selves since Frank took over at Griffin Park. Get on the home win now before the price plummets.

Also, if you’re hoping for a Brentford win, then you won’t want to look at the historic record in this fixture. You have to go back to 1948 for the last time the Londoners won a league game against West Brom, and they’ve NEVER won at The Hawthorns. Further ammunition for the Baggies at even-money movement…

In a televised game that should feature plenty of goals, I’m going to be a little more ambitious than normal in my same-game accumulator punt. A tenner on both teams scoring, an anytime goal each for Jay Rodriguez (WBA) and Neal Maupay (Brentford), and a West Brom win returns a lovely £121 to brighten up your Monday night.