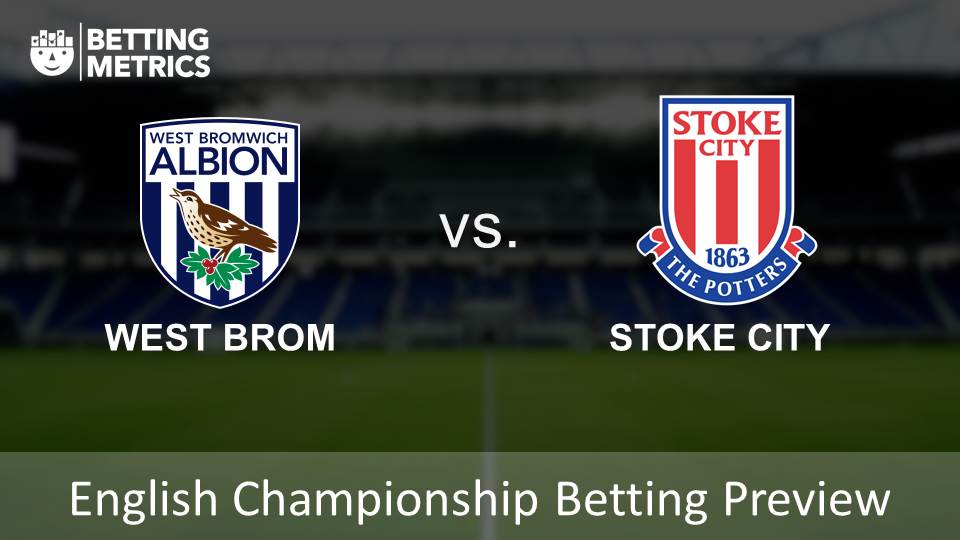 Two of last season’s relegated Premier League sides face off at The Hawthorns on Saturday, and both sides have taken different routes on their journeys back to the Promised Land.

West Brom have been scoring goals like it’s going out of fashion in recent weeks, scoring eleven in the two games before their unfortunate 1-0 defeat to Middlesbrough a week ago. Darren Moore’s side likes to get on the front foot, and have proven goal scorers at this level.

Stoke boss Gary Rowett favours a more robust, pragmatic approach to life in the Championship though. It’s a style of play that doesn’t receive many plaudits, but it has been proven to work in his spells at Birmingham City and Derby. The Rowett revolution hasn’t quite gathered momentum in Staffordshire just yet, and it faces a tough test against a side that his club has struggled against in recent years.

Stoke have won just once in their last seven meetings with West Brom, although that was the last time they faced each other just before Christmas last year. A lot has changed since then though, with West Brom looking a much happier club since Darren Moore took the reigns from Alan Pardew at the backend of last season. This is a side on the up, and have more than enough mojo to maneuver a cumbersome-looking Potters outfit that have so far lacked the nouse required to succeed in the gritty second tier.

West Brom are even-money with BoyleSports to win this one, and you should take it while you can, as the Baggies won’t be that sort of price at home very often this season. Gary Rowett’s sides are typically slow starters, and I reckon the energy of the home front line could be way too much for them to handle.

One of those attackers is Harvey Barnes, who has impressed in the West Midlands since his loan move from Leicester at the start of August. The winger has two goals from five Championship appearances so far, and is 3/1 with Ladbrokes to make it three in six with a goal here.

For Stoke, striker Saido Berahino finally broke what seemed like the longest run without a goal of all time this week. Berahino, who was previously dubbed a future England star, had gone 47 games and two and a half YEARS without a goal at first-team level, but broke his duck with a strike in the League Cup against Premier League Huddersfield on Tuesday. He returns to his former side this weekend, and wouldn’t it just be a little bit funny if he was to score his first league goal since early 2016 against his former employers? If you fancy it, you can back him at 14/5 at William Hill to bag anytime.

This will be West Brom’s day, however. They have a much more settled side, and have enough firepower to put themselves out of sight ahead of what should be a Stoke fightback in the second half. The home win with both teams scoring is the top tip here at a massive 17/5 with Coral.