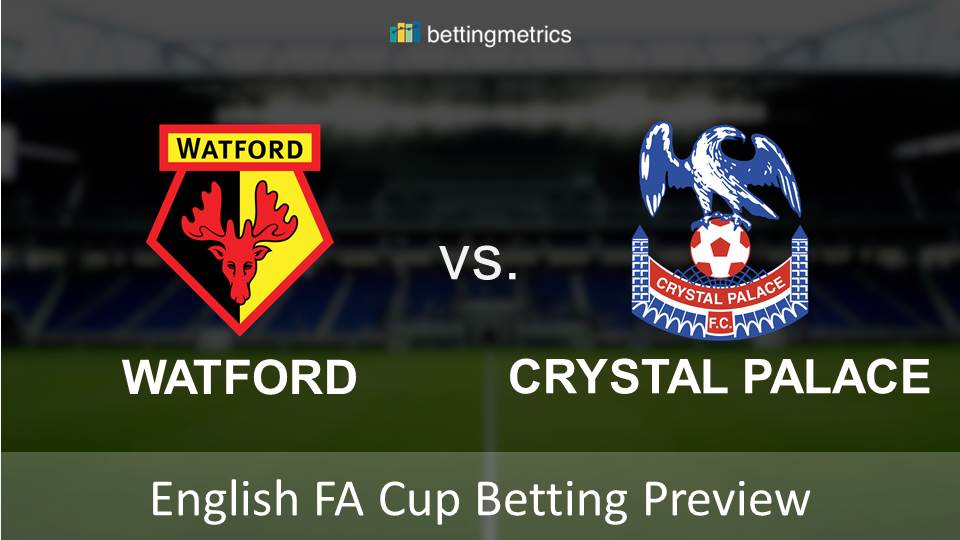 With Watford flying in the Premier League and Crystal Palace sitting a healthy five points clear of the relegation zone, these two can have a real go at this FA Cup quarter-final on Saturday lunchtime.

Both teams scoring surely has a big chance. Palace would be sitting in the Premier League’s top six if the table was decided purely by away form, while Watford have only lost five times at Vicarage Road this season. Both the Hornets and the Eagles will fancy their chances here, so get on both of them finding the net at 1.74 with Novibet.

Palace’s counter-attacking style very much suits them when travelling away from Selhurst Park, and the space created by breakaways plays right into Wilfried Zaha’s strengths. I fancy the Ivorian international to make a big impression on what could well be a tightly-contested game. Get on Zaha to find the net anytime at 3.40 with Novibet.

Both of these have been involved in plenty of high-scoring games of recent weeks, which should boost your confidence in there being plenty of action here. Watford’s last four games have yielded 18 goals, while Roy Hodgson’s Crystal Palace have seen 16 goals in the same period. That’s an average of over four goals a game overall, so if you fancy that to continue then get on over 3.5 match goals at 49/20 with Novibet.

I’ve got a gut feeling about the Eagles soaring into the semi-finals this time around. Watford have an outside chance of European football if they finish high enough in the table, and that distraction may just play into the hands of a dangerous counter-punching Palace side. It will be an entertaining game, and I fancy a Palace win plus over 2.5 goals at 43/10 with Novibet.