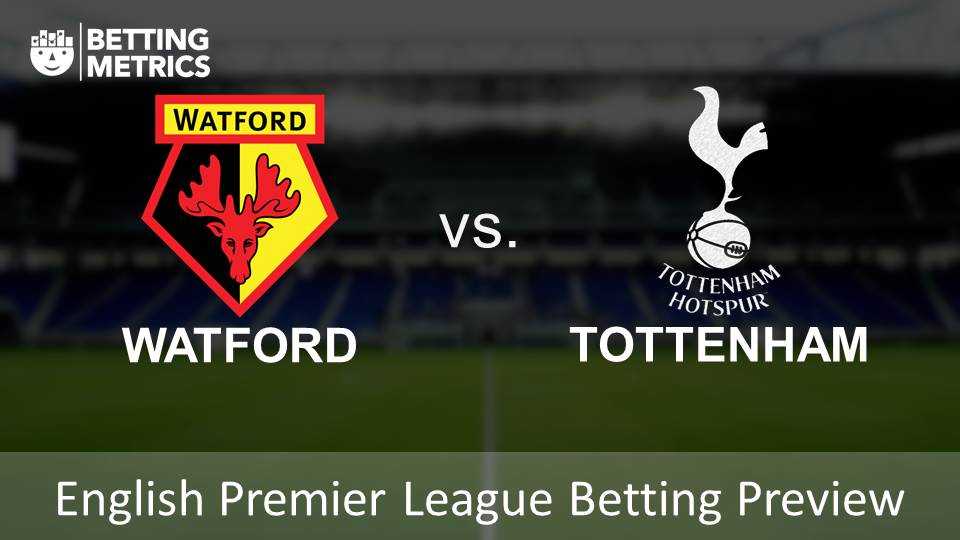 I wasn’t expecting both of these sides to meet at Vicarage Road with 100% records after three weeks of the season, but both Watford and Spurs have turned some heads in recent weeks with some impressive displays.

None more so than Spurs on Monday night, as they dismantled Manchester United with a superb display of counter-attacking and clinical finishing. That should set Mauricio Pochettino’s side up nicely for a trip to the fringes of the capital to face a Watford side that have shown plenty of attacking verve in the early stages of the season.

Roberto Pereyra has started the season in great form for the Hornets after shaking off a series of niggles last season, and the Argentine has three goals in three games, including a beautiful curling effort against Crystal Palace last time out. Against a tight Spurs defence Pereyra could be the man with the bit of craft needed to make the breakthrough, and is 4/1 with William Hill to score anytime.

If recent form is anything to go by we could well be in for a cagey opening 45 minutes. Four of the six games featuring these sides so far have gone into half-time all square, and with both teams having perfect records to protect, I reckon Betfair’s 5/4 for the half-time result to be a draw looks a great bet.

But over the course of the full 90 minutes, Watford have a truly deadful record against this weekend’s opponents. You have to go all the way back to 1987 for the last Hornet victory over Spurs in a league game, and more recently, the North Londoners have won eight of the last nine meetings in all competitions. All of a sudden, Spurs look like a pretty solid proposition to leave Hertfordshire with all three points courtesy of a victory at 8/13 with William Hill.

We’ll finish things off with a Paddy Power same-game multi in what will be the final Premier League game of the weekend. If you’re in the pub and want a potentially lucrative bet to get behind, stick a tenner on a Spurs win, “No” in the both to score section, a Dele Alli goal anytime, and over 40 booking points. If you’re lucky, you’ll be looking at £234 in your account.