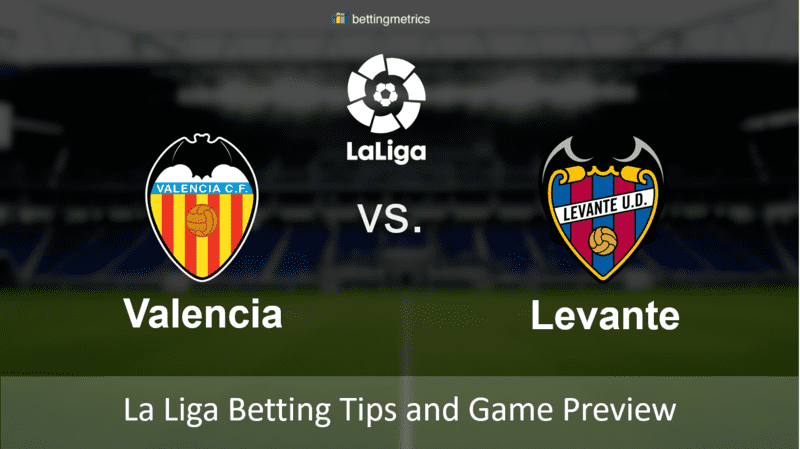 Valencia against Levante is one of the opening LaLiga's games, and it will be on the field on Sunday, September 13 at 21.00 CET. According to the top bookmakers, the favourites are the hosts, who performed well during the friendly matches in this mini pre-season, having won three times and ended in a draw once in the 4 friendly matches played.

Levante, for their part, won 4 times in 5 friendly matches and a 0-0 draw against Valencia on August 29. The challenge between those two teams with favourite Valencia is repeated, this time in the official match.

In addition, in the last championship Valencia finished with only 4 points ahead of Levante, both finished in the middle of the table, and the yellow-reds were outside of Europe just at -3 points from the European ticket.

The last season in La Liga was disappointing for the Valencians, while in the Champions League they were sent home after the Round of 16 against Atalanta. Levante, on the other hand, is a team that plays in a very attacking way and wants to win and do well in Mestalla to start the championship in a notable way.

Valencia at home will aim to grab the full package of points, and the game promises to be spectacular. Levante also last season showed that they could score a lot but also concede. Valencia must try to be a more solid team behind and lethal in front in order to attack the Europe places, which is this season's goal. Furthermore, with only league's games in front of the team as they are out of the Cups, Valencia could use the advantage of playing only once a week to better prepare for their upcoming matches.

Levante, on the other hand, always has a goal to secure salvation as soon as possible and then dream of something more as happened, for example, with Granada in the last La Liga. As mentioned, both teams have achieved good results in the pre-season and will want to bring all this to the field after just over a month's break.

Valencia CF and Leeds United have agreed to transfer Rodrigo. The LaLiga club confirmed the news last week. Only the medical checks for the 29-year-old attacker are still pending but he won't be part of the club anymore. The Spanish international received a four-year contract with the Premier League promoted team.

According to matching media reports, Leeds paid the club's record fee of 30 million euros. The amount can rise to up to 40 million euros through bonuses. After missing the international competitions for this year season and was overwhelmed with its financial problems, Valencia sold the top performers Ferran Torres (for 23 million euros to Man City), Francis Coquelin (for 6.5 million euros to Villarreal) and the top earner Dani Parejo (free transfer to Villarreal) significantly below market value, but also to substantially reduce the high salary costs.

Having all this consideration in mind, we chose to bet on the most repetitive market between these two teams in their last meetings.

This forecast can be a perfect addition to your multiple bets. In addition, you can check our predictions area, and add another highly possible forecast to your accumulator.