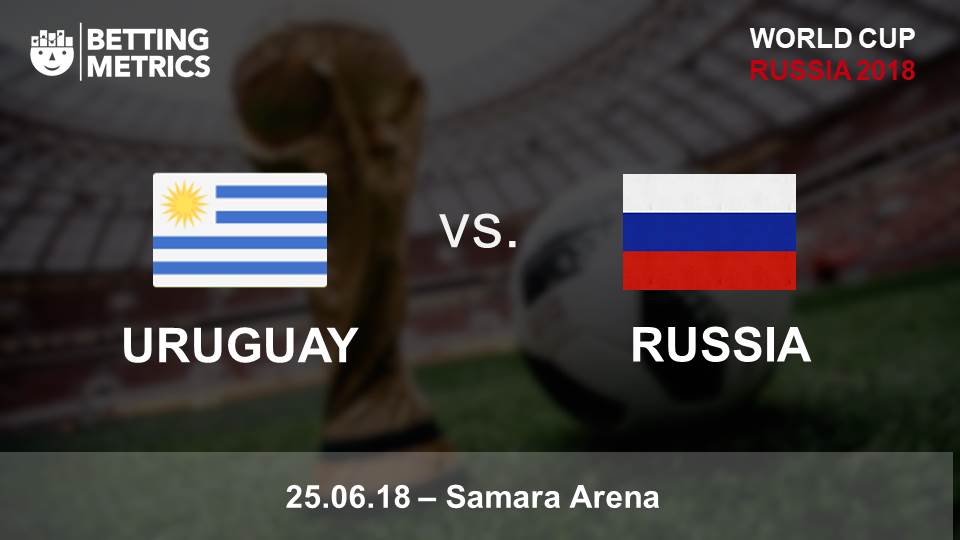 The hosts’ surprise showings in the World Cup so far have caused an interesting shift of odds ahead of their Group A decider with Uruguay, giving us some great value on the South American victory.

With Russia ahead of Uruguay on goal difference, a draw would mean that they pip Oscar Tabarez’s side to top spot in the group. That scenario places the onus on the Uruguayans to go and get a result that should see them secure a more favourable draw in the Second Round. Uruguay’s two 1-0 wins so far have been a touch underwhelming, but odds of 7/4 (Betfair) for them to clinch the group with a win is incredible value.

You can get the same odds with Coral for Uruguay to keep a clean sheet, which is just as surprising as their odds for victory. Russia are likely to sit deep and protect their number one spot in the group, so I can’t see them causing much trouble to Diego Godin and Jose Gimenez in the Uruguayan defence. Don’t let the Russian goal tally deceive you – Saudi Arabia and Egypt have been incredibly poor at the back in their respective games against the Russians, and Uruguay are a different beast.

However, somebody who will be up for the physical challenge of Godin and Co. is Russia target man Artem Dzyuba, and the Zenit striker goes into this one in fine form, following goals in both of his side’s World Cup games so far. If you’re leaning towards another goal or two for the hosts, get on the big man to score anytime at 7/4 with Ladbrokes.

Russia have had a blistering World Cup so far but Uruguay have the big-game players that know how to get the job done. Like the Uruguayan opener against Egypt, this will be a bit of a grind, but they won’t be denied. The double result of a draw at half-time and a Uruguay win by full-time looks like great value at 9/2 with William Hill, while the victory/clean sheet double at 3/1 with Coral looks pretty tasty too.

Are you tracking your betting history? It may teach you a lot more about your punting tendencies than you think. Find out more in our Betting Knowledge blog…