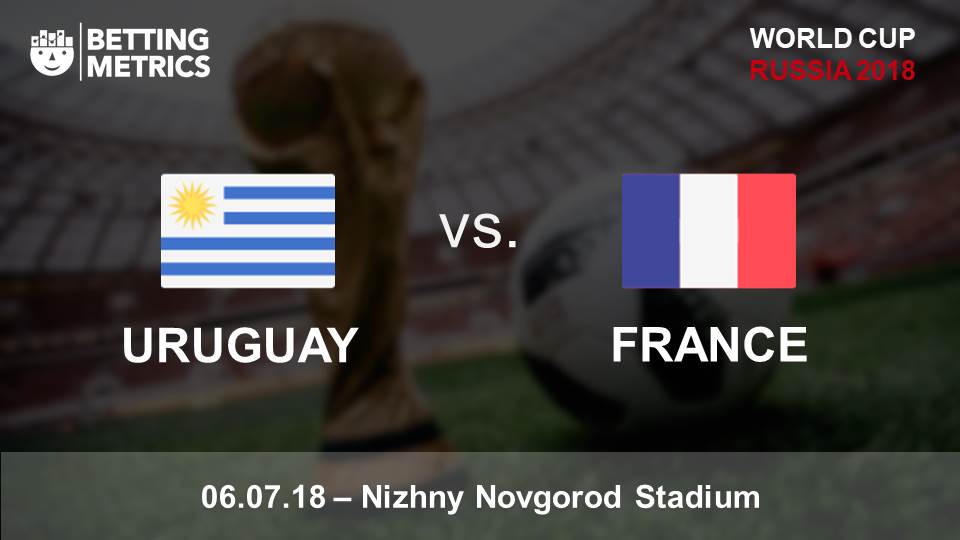 This has the makings of a classic.

It’s the meeting of the irresistible force and immovable object as Kylian Mbappe and his France side look to blast their way to the semi-finals against a Uruguay team that have been almost impossible to budge during the course of the 2018 World Cup.

So much so, that they are great value at 16/5 to claim victory over 90 minutes, which looks a good price when you look at the ease at which Argentina scored three goals past a dodgy-looking French defence on Saturday. Although France were brilliant going forward, the Uruguayans are set up perfectly to defend against sides that attack at speed.

France to score less than 1.5 goals looks like a banker at 8/15 with Coral. If you fancy the Uruguayans to go one further and keep an impressive fourth clean sheet in five World Cup games, then you can back them as high as 12/5 (Coral).

The South Americans’ chances of success rely largely on the fitness of Edinson Cavani, who hobbled off in his country’s 2-1 defeat of Portugal in the Last 16, but if he returns to the side then he has a great chance of making his mark. The French defence have looked susceptible at set-pieces, and the PSG striker has shown his pedigree in and around the penalty area in the tournament so far. Get on Cavani to score anytime at a massive 7/4 with William Hill.

Mbappe is the man of the moment after his superb performance in the Argentina victory, and he has got to be worth a flutter to score at 9/5 with Hills. The winger has also put himself in the frame to be the winner of the Golden Ball for the best player at the World Cup. Now is the time to strike, because if he plays well again here then the odds will tumble. Get on him while you can at 9/2 with BetVictor.

You need a bit of luck to go all the way in major tournaments, and this might be the game that provides that little touch of good fortune that sees France go through. This one is too close to call, but France are gathering momentum, and Mbappe can propel himself to true stardom with a big showing. France to edge this one on penalties at 15/2 with Paddy Power is my interest bet here.

Find out more about why you should track your bets if you want to stay one step ahead of the bookies.