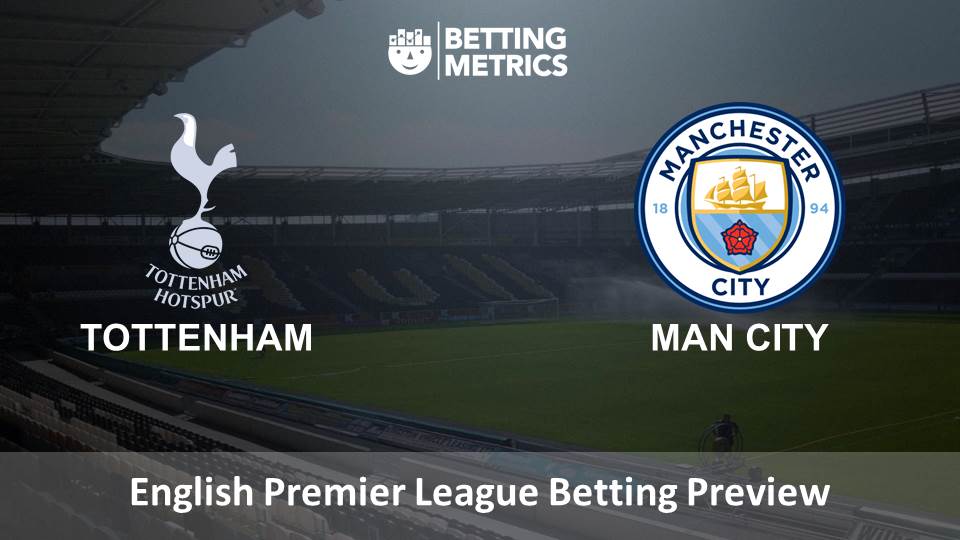 We have to wait until Monday night for the pick of the Premier League fixtures for the weekend, but if recent history is anything to go by, your patience will be rewarded.

The last three meetings between these two have seen 13 goals, and eleven of the last 14 games have seen both sides score, so should have a decent chance once again at 4/7 with William Hill.

Whenever Pep Guardiola’s side face a big away game it’s always interesting to check out their odds in search of some rare Man City value, but punters may be disappointed to see them as short as 4/6 to leave Wembley with all three points. That looks slightly short for a side visiting north London, but after the two sides’ respective performances in the Champions League, you’ve got to say that price is very much merited.

Man City were at their imperious best in Ukraine as they dismantled Shakhtar Donetsk 3-0 away from home, while Spurs added another capitulation to their rather large collection, as they surrendered what would’ve been a vital 2-1 victory to draw 2-2 at PSV Eindhoven in a game that also saw Hugo Lloris sent off. The Frenchman won’t be suspended for this game, but with City’s fearsome front line he might well wish he were. If Spurs play anything like how they did in the Netherlands they’re in big trouble.

If you’re looking to boost your odds on the City win then I will point you in the direction of a double alongside a clean sheet at a very decent 12/5 with Coral. They come into this one having only conceded one goal since the start of September, having kept clean sheets in five of their last six games. Throw in the fact that Harry Kane, for me, still isn’t quite 100% match sharp and that double suddenly looks nailed on.

I really don’t hold out much hope for Spurs in this one. Despite their best ever Premier League start they have shown in their Champions League exploits that they are still way off the top table in the footballing pyramid, and with City coming to town it could be a humbling defeat. £10 on a Man City win and clean sheet, as well as an anytime yellow card for Spurs midfielder Eric Dier and a goal anytime for Riyad Mahrez pays out a stupendous £375 with Paddy Power.