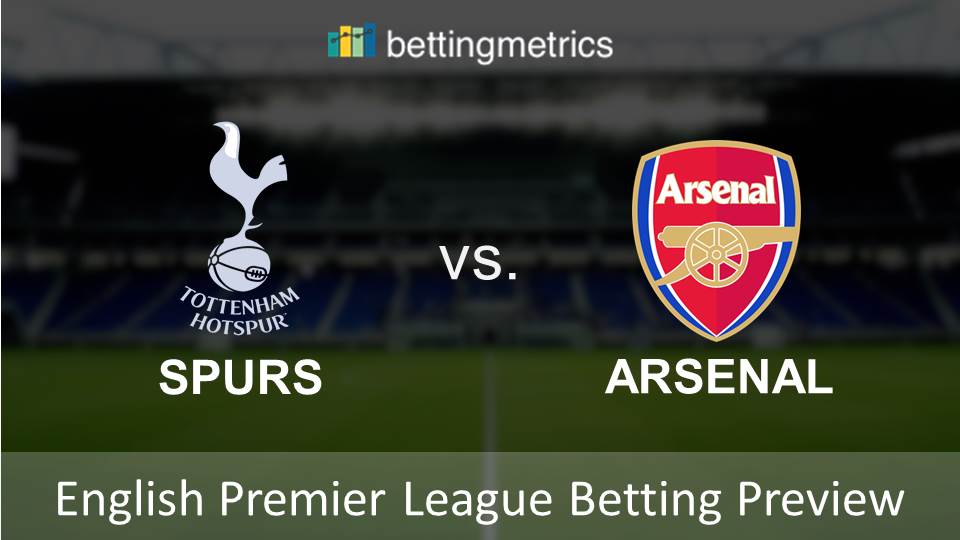 Back-to-back Spurs defeats leave the latest edition of the North London Derby in the balance, and Arsenal have the chance to cut the deficit on their local rivals to just one point this Saturday.

It will be a tough ask for Unai Emery’s side, who haven’t won an away league game at Tottenham in nearly five years, but they will fancy their chances of at least breaching a home defence that has only kept one clean sheet in its last seven Premier League games. Clean sheets aren’t Arsenal’s strong suit either, with the Gunners boasting just one of them since the end of January. We should have some goals here, and over 2.5 strikes looks like a certainty at 1.63 with bet-at-home.

The goalscorer markets are always a great source of value when these two sides around, with some of the league’s premier marksman in action. Harry Kane tends to be the man for the big occasion, and the England captain comes into this one off the back of goals in his last two North London derbies. Expect him to step up to the plate once again and bag a goal anytime at a very generous 1.95 with 21Bets.

But I’ve got a funny feeling that Arsenal may well get something out of this one. They recovered from going behind against their bitter rivals to win the reverse fixture back in December, and they have enough steel about them to emerge from the heat of battle with a point. Arsenal or Draw in the Double Chance market looks like good value to me at 1.72 with Novibet.

As you already know here at Betting.com we are always looking for new opportunities. 21Bets are one of the new boys on the block, and they're welcoming all new players with up to £30 in free bets.

You can use the free bets to test some of your new betting strategies.

All you have to do to get your hands on the cash is sign up and make at least five £10 bets at minimum odds of Evens (2.0) within seven days of signing up. After doing this, 21Bets will credit you with a £10 free bet, and a £5 casino bonus.

Repeat the trick the following week and you get the same bonus again! Happy days! With a smooth interface and multiple depositing options, 21Bets really is making a great impression with the Betting.com team, and we're predicting a big year for them.

All the big sports and markets are covered, so you get a premium betting experience, whilst also enjoying the luxury of fresh bonuses. T&C Apply.