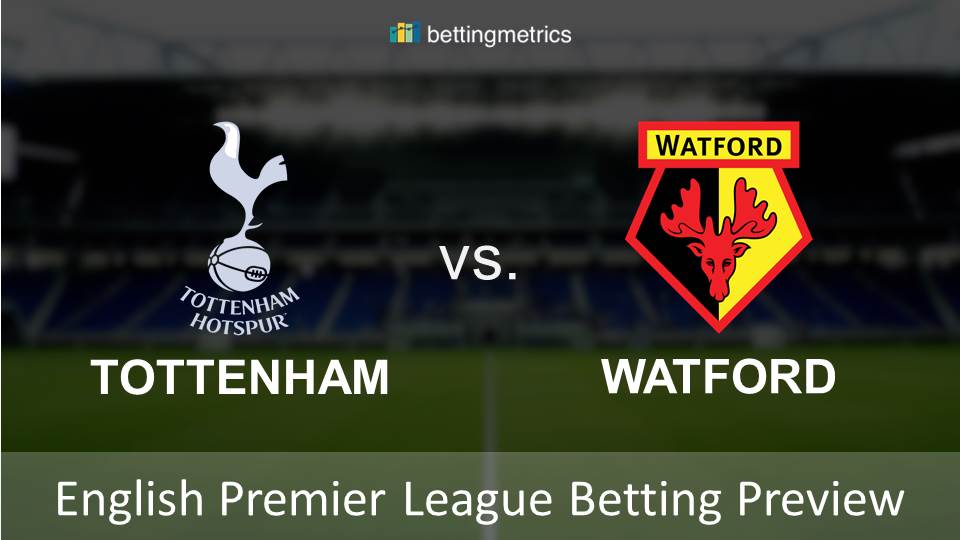 Spurs’ struggles without their top attacking trio continued into the FA Cup at the weekend as they fell to a 2-0 defeat against Premier League strugglers Crystal Palace, and while Wednesday’s game against Watford will see the return of Hueng-min Son to the Tottenham line-up, their problems going forward still remain.

Without Harry Kane and Dele Alli, Spurs are nothing like the attacking threat they are when the England internationals are around. Kane’s replacement, Fernando Llorente, looks a spent force at Premier League level, and Son is sure to be jet-lagged following his return from the Asian Cup. Watford, meanwhile, are looking strong defensively, conceding just once in their last four games in all competitions, and look a good bet to concede less than 1.5 team goals at 5/4 with Coral.

At the other end, the Hornets are looking dangerous, but were kept out by Burnley last time out in what was their first Premier League match since the start of December that they failed to score in. Their physical forward line should get a few chances in front of goal at Wembley, and I’m fancying a dabble on Troy Deeney to ruffle a few feathers with a goal anytime at 3/1 with Betfair.

If you fancy a Spurs goal, the money has to be on either Son or Eriksen, who are the only players of real star quality remaining in the Tottenham final third. Eriksen is chief set-piece taker, so should be in with a chance from a dead ball situation at some point in the game. If you fancy him to make it count, get on the Dane at 12/5 with William Hill.

Watford are a tough nut to crack under manager Javi Gracia, and with Spurs struggling without their main attacking talent, I don’t think they’re going to taste defeat on Wednesday night. I don’t quite have the cojones to back a Watford win in the Outright market, but a tipple on the away win in the Draw No Bet stakes has great value at 7/2 with Paddy Power – meaning you get a refund if the two sides end all square.

If that isn’t to your liking, my top tip in this one is a tenner on the Watford or Draw bet in the Double Chance market at a very healthy 5/4 with Ladbrokes.