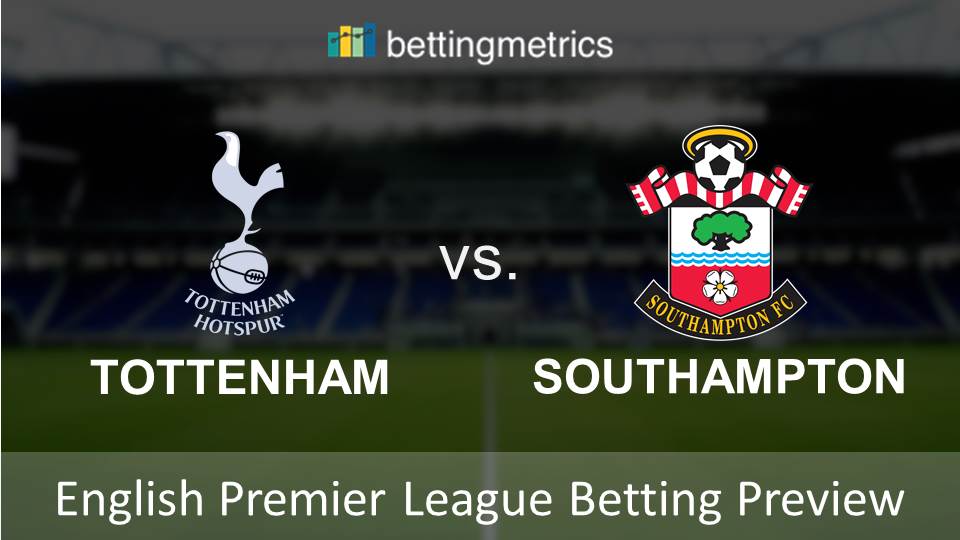 Both of these sides have had a difficult couple of days, but with Spurs and Southampton both having a chance to turn over a new page at Wembley, we could be in for a decent game.

Spurs’ defeat at Arsenal in the North London Derby could well be damaging, but only if they let it become so. Mauricio Pochettino’s side were poor on the day, but in Southampton, they face a side they have a great record against.

Tottenham have lost just once in their last dozen meetings with the Saints, and the last few meetings have seen some thrashings handed out. Two of the last three wins have been to 4-1 and 5-1 scorelines, so don’t be afraid of backing over 4.5 goals in this one at 4.60 with Unibet.

The last few meetings may well have seen Southampton score against Spurs, but I just have no confidence in this side to breach a Tottenham defence that is usually one of the strongest in the division. Manager Mark Hughes was sacked on Monday after their 2-2 draw at home to Manchester United at the weekend, and taking a look at their goal scoring record, you can see why. Saints average less than a goal a game in the Premier League this season, and after netting two on Saturday, the law of averages suggests that a blank is just around the corner. A Spurs clean sheet here looks solid at 1.94 with Unibet.

After a relatively slow start to the campaign, Harry Kane is finding his best form in front of goal again for Tottenham. The England man has six goals in his last seven games, including a penalty in the North London Derby on Sunday. Kane has also netted five goals in his last four meetings against Southampton, so should be a safe bet at 2.57 with Ladbrokes to score anytime at Wembley.

Spurs face Barcelona in the Champions League next week, and with there being a strong likelihood of Pochettino resting players at Leicester on Saturday, three points are a must on Wednesday night. Southampton are in a bad way at the moment, and don’t have anything near enough to get anything out of this tough away day. Spurs to win this one, despite a -2 start on the Asian handicap, is my bet of the day here at 2.85 with Unibet.