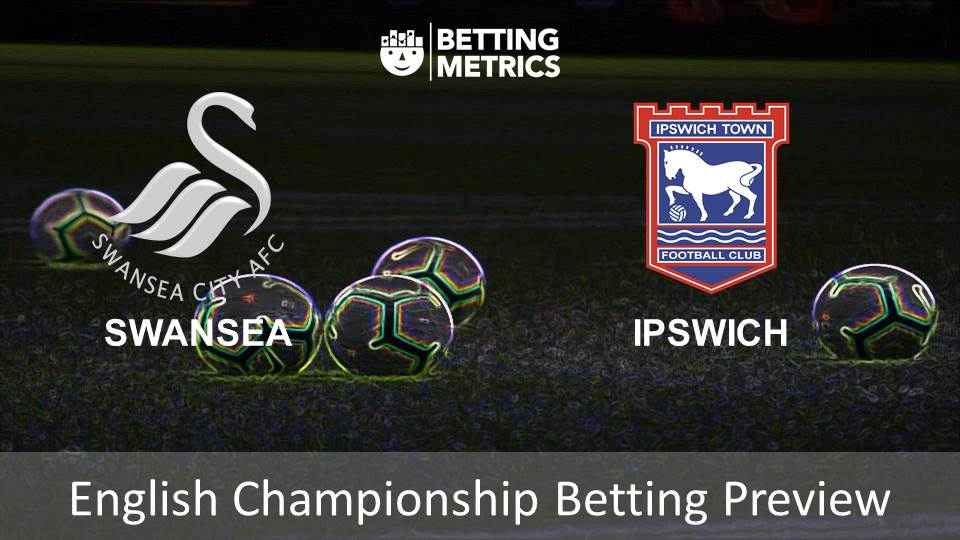 It’s been a solid, if not spectacular start to life back in the Championship for Swansea, but they should be confident of climbing back into the top six with a victory over an Ipswich side that are rock bottom in the confidence stakes.

The Tractor Boys’ 2-0 defeat at home to Middlesbrough on Tuesday night condemned them to an eleven-game winless start in the Championship, and it’s hard to say where the next win is coming from. QPR at home follows this tough away trip to south Wales, but Paul Hurst needs points on the board sooner rather than later.

They’re unlikely to come here, though, in a city where they haven’t won in nearly 36 years. Swansea meanwhile have lost just once in their opening five Championship home games, so look like a solid acca leg at 8/11 for the win.

Don’t come to this game if you’re expecting a goal fest, though. Only four times in 19 games featuring Ipswich or Swansea this season have seen over 2.5 goals fly in, so surely we’re in for a pretty tight affair at the Liberty Stadium. Under 2.5 goals on Saturday is 4/7 with Paddy Power, but there is more value in under 1.5 at nearly 2/1 with the same bookie.

Ipswich are suffering not only a crisis of confidence but an epidemic of injured strikers. Burnley loanee Jon Walters is a long-term absentee, while summer signing Ellis Harrison went under the knife a few days ago, leaving just Kayden Jackson as their only recognised out-and-out striker. Jackson joined the club in pre-season from Accrington Stanley and has just one Championship goal this season. With form and injuries like that, a Swansea clean sheet – which would be their fourth in six games – looks a solid bet at 11/10 with Coral.

And while we’re on the subject of Coral, they have one or two appetizing build-your-bet specials that could reel in a few quid by Saturday teatime. The treble of a Swansea clean sheet, over 1.5 Swans goals, and the home side to win either half looks pretty strong at 7/2. Alternatively, just go straight for the 2-0 Swansea win at 13/2 with Ladbrokes.