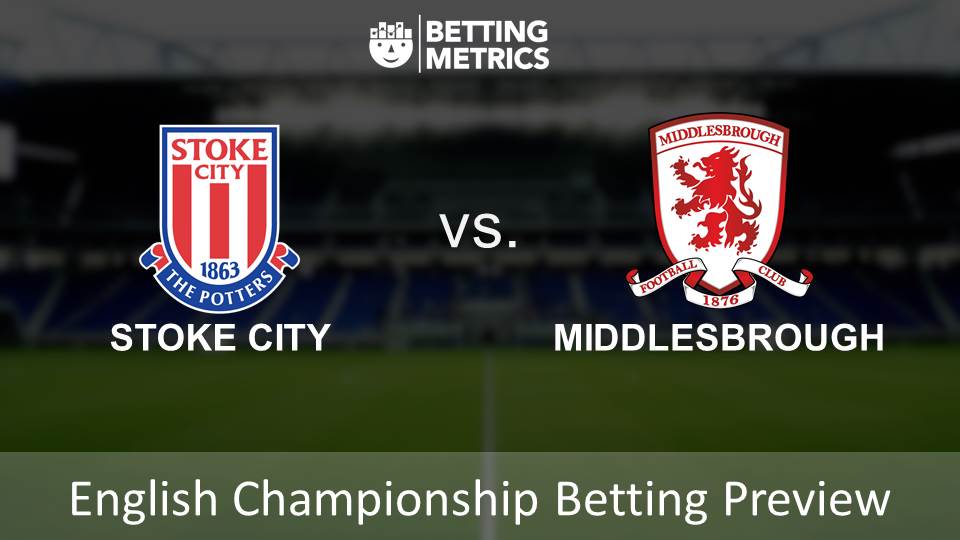 The evening game in the Championship sees an inconsistent Stoke City side host a Middlesbrough outfit that are one win away from the semi-finals of the League Cup.

A 1-0 midweek win over Premier League Crystal Palace will have done Tony Pulis’ Middlesbrough the world of good ahead of a tricky trip to Staffordshire, but Gary Rowett will feel he’s turned a corner with his new side after a surprise 1-0 victory at Bristol City that saw plenty of defensive resilience.

It’s at the other end of the pitch where the problems lie for both sides, however. Stoke have scored just three times in their last four Championship games, while their visitors have found the net just twice in the same period. Don’t expect a classic in front of the cameras on Saturday night, with under 2.5 goals looking like the thinking man’s bet at 8/13 with Coral. If you fancy going one further then under 1.5 match goals is 7/4 with William Hill.

The Potters can fall back on a pretty solid home record against Middlesbrough this weekend. Boro have won just once at Stoke since the early 1960s, and haven’t won here at all in more than a decade. If historic omens are your cup of tea then a Stoke win could well be to your liking at 13/8 with Betfair.

The circumstances going into this game could also throw some weight behind the suggestion of a Stoke victory. Boro won’t be the freshest daisies in the field after the League Cup exploits in midweek, and a much-needed away victory at Bristol City was a big result for Stoke last weekend. Gary Rowett has a squad that’s still very capable of a promotion push, and a victory here could well be a further springboard. The home win and clean sheet double against a goal shy Boro side looks like value at 3/1 with BetVictor.

This is the final Championship game of the day, so in the hope of ending punting proceedings on a high, we’ll go for a same-game acca of a Benik Afobe goal for Stoke, a Dael Fry yellow card for Middlesbrough, and under 2.5 match goals. Ten quid on that one returns a gigantic £398 with Paddy Power.