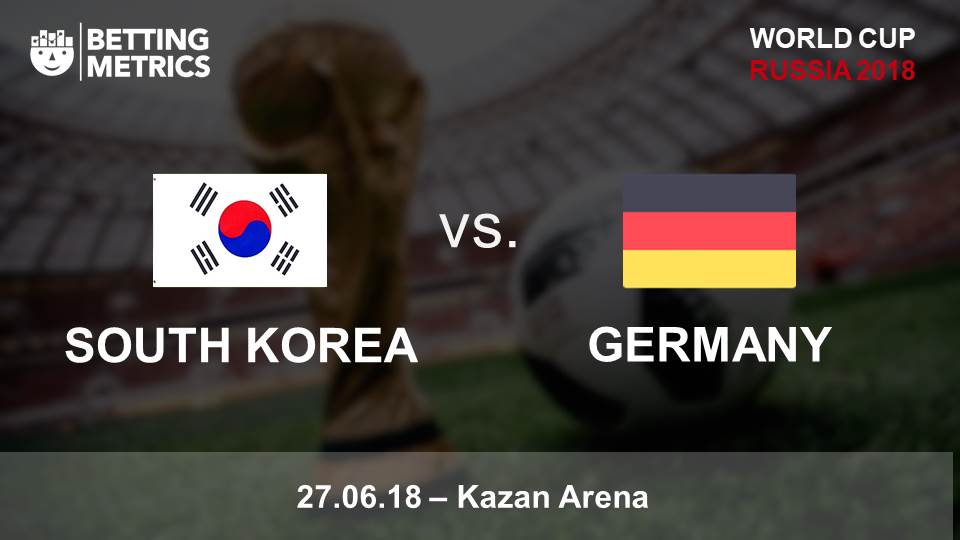 Toni Kroos’ last-gasp winner against Sweden on Saturday night has blown Group F wide open, and they will be confident of going on to win the group if they can secure a convincing victory over South Korea in Kazan on Wednesday.

Die Mannschaft are a paltry 1/6 to win the game outright, but with the consideration that a big win gives them a great chance of winning the group, then you should seriously consider a bet on the German win on a -2 handicap at 7/5 with William Hill.

South Korea have ultimately disappointed at this summer’s World Cup. A 2-1 defeat to Mexico flattered them, and there was a worrying lack of cutting edge in the majority of their forays into the Mexican half. Germany should have no problem keeping these guys out, and you should probably lump on the clean sheet at 3/4 with Coral.

Both of Germany’s World Cup games so far have featured impressive substitute cameos from Julian Brandt of Bayer Leverkusen. The winger has hit the post with fierce strikes on both appearances from the bench, and if he is to have some decent game time against the South Koreans then he looks a cracking price to score the final goal of the game at 11/2 with Hills.

The Germany double result also looks very tempting indeed at 4/6 with Betfair. Prior to going behind against Sweden, Joachim Low’s side started the game very brightly, and if they do so in similar fashion on Wednesday afternoon then they are sure to be rewarded with an early goal or two.

If you want to take a chance on the Germans getting that nerve-settling early goal, then stick a tenner each on the time of their first goal to be in the first ten minute (4/1) and the 11-20th minute (17/4), and you your bravery should be rewarded in true efficient German style.

If you didn’t notice, I think a Germany win is pretty much nailed on. The late win against the Swedes could well prove to be the catalyst that sees them step things up a notch and go a long way in the tournament. This will be convincing, so take a chance on a 3-0 Germany win at 13/2 with Sportingbet.

Are you managing your bankroll to ensure optimum betting success? Here’s why you should be.