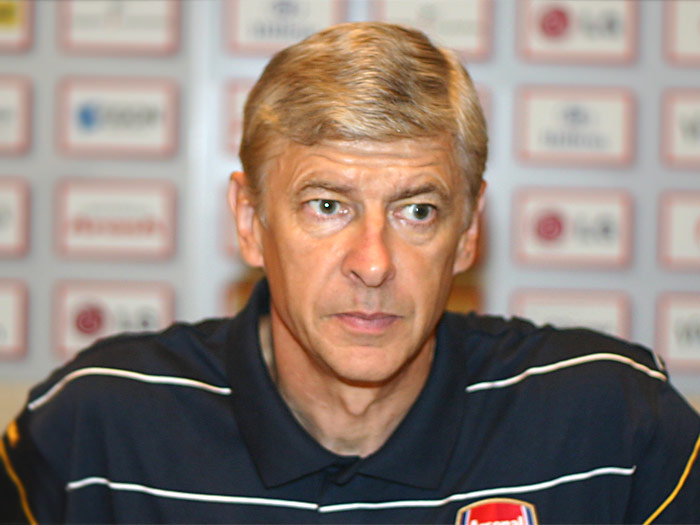 It’s been a long time since Wenger was appointed as Arsenal manager. He arrived as an unknown guy, reportedly chosen because Arsenal failed to bring Johan Cruyff or Terry Venables to Highbury. Arsenal’s fans wondered who on earth he was. At this point no one can predict that he was going to stay for more than twenty years.

It did not take long before he brought success to the club. In his first full season, Arsenal won its first title in seven years, and their first double since 1971.Wenger also proved to have exceptional human relationship skills. He successfully managed to collaborate with Pat Rice another Arsenal legend and made him assistance manager a position that he kept until 2012.Off the pitch, he stood out as being a pro-active person having a significant role in the development of the club’s new training ground and the Emirates Stadium project. He transformed unknowns like Anelka, Ljungberg, Petit and Vieira into world-class stars. Wenger achieved extraordinary results in 2003/2004 season by winning the title without a single loss.

But it is not only the trophies that distinguished him. He brought a whole new philosophy to the club with his desire to develop young players and to play possession-based attacking football. Wenger’s training methods and diets are innovation to this era. For example, in the beginning of the seasons all Premier league teams are working on their fitness and physical condition, but not Wenger. He revolutionized that by being among the very first mangers to use balls on Arsenal training session in the start of the season.

In the middle of 2000’s, Arsene Wenger has already turned himself into a legend for the English football. The Arsenal’s fans anticipated more and more success. However as we all know from personal experience too good is not good. There was a turning point in Wenger’s career. In the fast-growing and continuously changing game, it seems the Frenchman failed to adapt. He could not understand his players’ feelings and ,motivation. Key players left Arsenal such as Nasri and Van Persi and the coach struggled to find new leaders that will drag Arsenal to new heights. The problems did not stop with key players leaving the team, Wenger failed to continue with his innovating methods and the other Premier league teams quickly adapted to Arsenal playing style.

Since 2006, all Arsenal achieved is two FA cups. It feels unsatisfying for such a big club. In comparison, in the years before that, Wenger brought to the club’s trophy room three Premier League titles (one of them gold), 4 FA cups and took them to Champions League final. It’s quite clear that something went wrong. The club’s board of directors still supports Arsene, because of the financial stability which he managed to achieve after so many consecutive years in Champions League. Nevertheless supporters finally lost patience, because they want more than just participating they want trophies.

And there comes the big logical question: if Wenuser leaves, who will replace him? As this is hot topic for us we will look at some possible candidates in searching for the answer. One of them is Massimiliano Allegri. The Italian grew up his skills season after season and made Juventus champions every year after he was appointed at Torino’s club and in addition to that, they played brilliant football in Champions League. We presume that one more Italian transition to the Premier League will work perfect and Arsenal’s will hope for the same.

Next from the list is Eddie How the Bournemouth’s manager he is proving himself as a reliable and skillful person. He guided the small club from League One to the Premier League in just three years, without any significant budget, he made them play attractive football and it does look like they will stay in Premier League for third consecutive season. For the more interested it worth underlying the fact Bournemouth has never played in the highest league before, which makes his achievement even greater. But he lacks the experience of managing a top side team. In addition, the fans pressure and constant demand for more trophies might be a reason for Eddie How not joining.

Other bookmaker’s favorite is Diego Simeone. The Argentine success with Atletico Madrid, both in Spanish competitions and in Champions League came at very long odds. He is a mastermind of effectiveness, makes everyone playing at maximum of his potential, and he done that with budget few times smaller than the Spanish giants. The problem here is his which differs massively from the Arsenal’s perception of football. His team is no stranger to ugly playing style and mind games, something which makes him unwanted by some of Arsenal’s supporters.

Thomas Tuchel is another option. He achieved stability with his first manager job in Mainz 05, made the club sure about their Bundesliga future. After that he was chosen to fix Borussia Dortmund problems, something he did at acceptable level after second place in Bundesliga and DFB-Pokal final in first his season and a quarter-final in Champions League in his first attempt in the competition.

Ronald Koeman seems to have the most experience and it we might not be wrong if we say that he is among the favorites to replace Wenger. He has greater know-how then anybody from the list with his spells at teams like Ajax, PSV, Feyenoord, Valencia, Benfica, Southampton and Everton. In addition he was assistant in Barcelona and Netherlands national team. Everton seems like they moved to a whole new level after Koeman take care of them, challenging for a Europe qualification spot and at one point for a top four finish. It will be very hard for Arsenal to attract him before he finish with his Everton project.

In conclusion, the Londoners’ board will have an extremely hard decision to take this summer. Wenger will feel that he has done enough for the club to deserve a new contract and to be fair, he is not too far in that. But the majority of club’s supporters want something new. They want progress, they want change, and Wenger will never change his methods of work and his tactics. Many of them will want him to go, leading to what Ivan Gazidis, Arsenal’s chief executive, promised to the fans.

Arsene is accountable to the fans – they ultimately make judgement. If you are seeing the relationship between the fans and the manager break down over time that is unsustainable. -Ivan Gazidis, 2011

Whoever path Arsenal choose, it will have its risks. In the past years, they seemed to be just unwilling to take risks and explore new opportunities so they decided to stay with the most-secure option. But after that season and growing supporter’s frustration they are obliged to make some changes. They must roll the dice. Will be interesting for the whole football community to see where that will lead them.