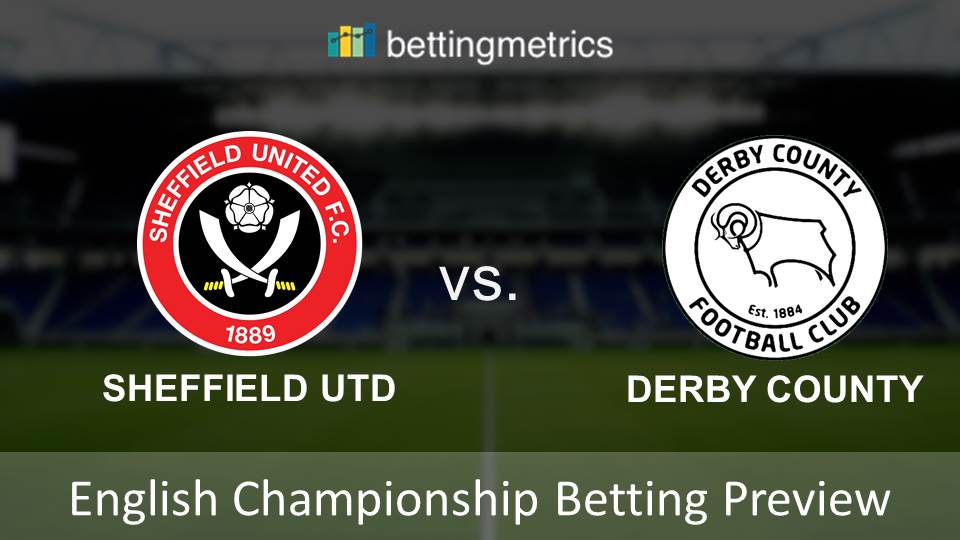 Both of these sides are having a bit of a wobble as we approach this huge Boxing Day clash, with both the Blades and Rams desperate for three points to get their automatic promotion quests back on track.

Back-to-back home draws have put Derby eight points behind second-placed Norwich City, while just two wins in eight Championship games means that Chris Wilder’s Sheffield United are hanging on to the final position in the play-offs.

First thing’s first: I fancy both sides to come out the traps quickly. Both like to play attacking football with plenty of intensity, and that should breed plenty of chances. 4/6 for Both Teams to Score should be a pretty safe bet, but 2/1 (Coral) for four or more goals has a great chance.

Back-to-back clean sheets for the Rams may look good on paper, but their defensive frailties returned with frightening effect last time out against Bristol City. Derby defender Richard Keogh provided a lovely assist for opponent Jamie Paterson to fire Bristol City ahead, and his team mates were the architects of a draw that really should’ve been a victory.

Sheff U will be on those sloppy mistakes like a shot, and I can see them catching Derby out early on. The Blades to be leading after the opening 15 minutes of the game looks like a decent bet to me at a whopping 5/1 with Coral.

Sheffield United striker Billy Sharp was back in the goals in their 1-1 draw at bottom side Ipswich at the weekend, and the local lad has a decent recent record against Derby. The 32-year-old already has 13 goals this season, and scored twice the last time his side beat the Rams at Bramall Lane back in August 2017. A Sharp goal anytime here is 5/4 with BetVictor.

This one really is a toss of a coin when you look at the form guide, but home advantage just about swings this one in United’s favour. Derby have something of a soft centre, and remain one of the lowest scorers in the Championship’s top half. I don’t fancy them to outgun a Sheff U side that can steamroll anyone on their day, and a home win with both teams scoring is the way to go here at 3/1 with Ladbrokes.