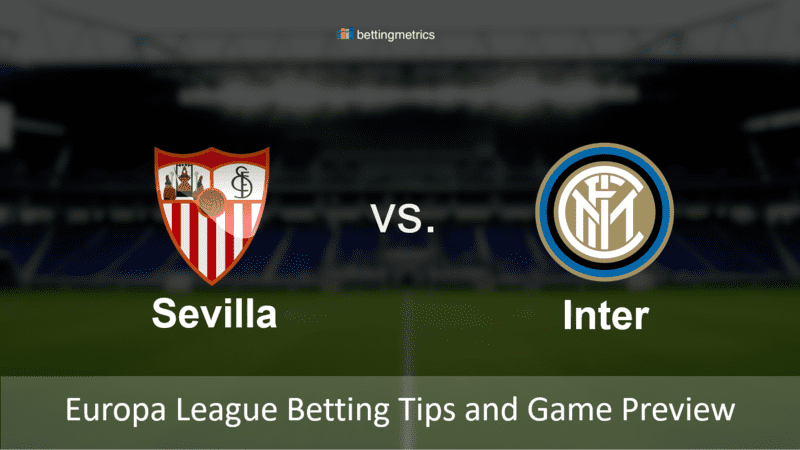 The success of Sevilla came a little surprising and blew the pre-game odds. The result was opened in favour of the "red devils" by one of the usual suspects' players, the ''penalty-master'' Bruno Fernades of course from a penalty. Suso returned the tie in the 26th minute by an accurate shot. In the second half, Manchester United put severe pressure and missed several great occasions. As well as many times happens in football, the pressure doesn't mean goals and wins, and Luke De Jong brought the victory to Sevilla by his goal scored in the last 15 minutes of the game. The greatest hero for the Andalusians, however, was the goalkeeper Yassin Bunu, who reflected 20 shots and despaired the Manchester United strikers. The Red Devils are eliminated for the third time this season at the semi-finals after this happened in the FA Cup and League Cup tournaments in England.

The Nerazzurri mercilessly defeated Ukrainian Shakhtar Donetsk 5-0 in the second semi-final of the tournament, played at the Mercury Spiel Arena in Dusseldorf. Now, for the first time in 10 years they have a chance for a European triumph, and we are sure that this team is able to achieve it. 21 years have passed since some Italian club played in the final of the second European club tournament.

With 5 trophies in the past 15 years, practically once in every three years, the Andalusians are undoubtedly the lords of the Europa League. Being named to play three single games of extreme difficulty, they managed to keep maximum concentration and motivation, and got rid of difficult opponents such as Roma, Wolves and United. The tough moments in their path after the restart demonstrated the value of Sevilla's squad in overcoming almost every obstacle. Against the Giallorossi they dominated, while with Wolves and United they suffered and defended themselves strenuously, before striking their lethal blows. In short, a chameleon-like team that is ideally at ease in this event, making up for any rough situation that may occur.

In part, we have already foreseen our thoughts on Conte's team, but it is right to mention the semi-final against Shakhtar. Lautaro's goal in the middle of the first half certified a territorial dominance that was almost absolute from the kick-off. We have to admit the contribution of the new player Barella, who can be named as a treasure in the midfield area, as he has been involved in many of the Nerazzurri goals. The midfielder is back in full shape, demonstrating a dynamic that he had lost during the annoying physical problems. In front, the two strikers, Lautaro and Lukaku, are at the peak of their respective careers and can hurt Sevilla seriously. With them in this state, the Inter fans can dream.

It is a tough task to predict a final because if those sides are here, it is clear that both have all it needs to win the cup. Here below, we are sharing with you some stats and interesting facts on which we are paying attention before choosing the best forecast.

Betting Tip by Betting.com: Away to win at odds around at 2.00

Worth mentioning once again that the Andalusians are again at a Europa League final - 5 in the last 15 years. Not only that: the Spaniards are ''final-experts'' because they have won all 5 of the finals mentioned above. A balanced team with significant international experience used in these competitions and winning them. Manchester United was eliminated in the semi-final comeback, thanks to the goals by Suso and De Jong. Against the English came the only goal conceded in the last 6 games between UEL and La Liga: the Andalusians rarely score goals, but piercing their defence is not an easy task. In front, they count on in -form couple En Nesyri-De Jong.

Ten years after that magical 2010, which brought the treble, Inter is back to play a European final. The Nerazzurri seems to have changed gears, given the fact that only one defeat had come in the last 17 games. A team increasingly similar to Conte's philosophy: aggressive, fast, stable in defence since only one goal was received in the previous 7 games. The condition of the team is on the rise, clearly better than in the last days of Serie A.

The chances for the Nerazzurri are excellent, as everything seems to work and in front of the Lautaro-Lukaku couple are only the records which await to be broken. The bombastic 5-0 against Shakhtar gave the fans a solid basis to dream. The only doubt in front of Conte is the involvement of Eriksen, but the 3-5-2 tactic used by him it's hard to believe that he will abandon it for this important game.

After the game with Shakhtar Conte remained hardly on the ground and he said: "Shakhtar has talented players, but we managed to stop them. Inter played bravely and followed the preliminary plan. All the players deserve praise. We played a great game and made Shakhtar look like a midfielder. Sevilla is a much more experienced team, but we are full of enthusiasm. We will regain our strength and try to make our fans happy, who can be proud of us. We left the field with the awareness that we did our best. So it will be in the final. If we lose, then the opponent was better".