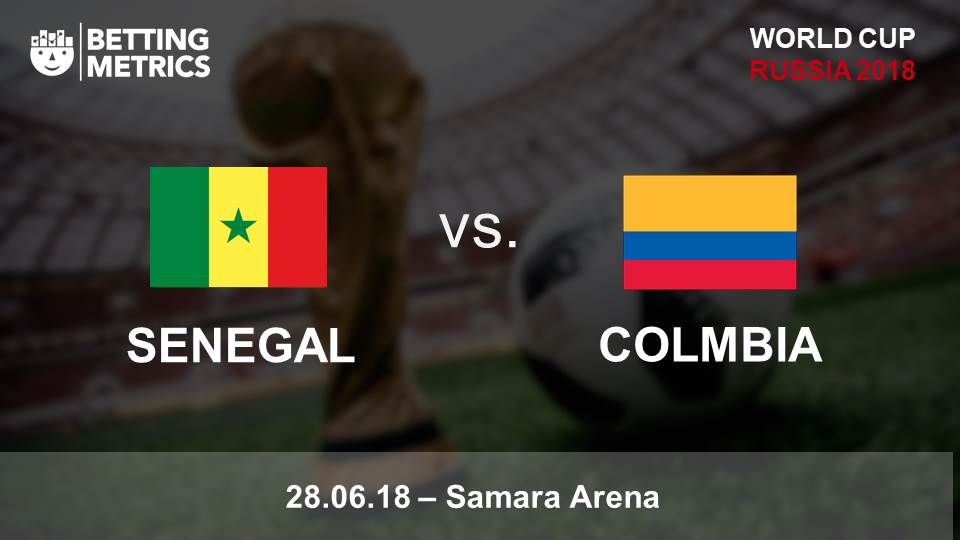 Senegal have been great to watch in their opening two games of the World Cup, but they could find themselves out of the tournament if they lose to Colombia on Thursday afternoon.

The Colombians showed real ruthlessness in their 3-0 dismantling of Poland in their previous game, and that makes them favourites against a side that surrendered the lead twice to draw 2-2 with Japan in Ekaterinberg at the weekend.

Colombia are 17/20 with William Hill to get the job done against the West Africans, but James Rodriguez and Falcao will have a tough time cutting through the Senegal defence with as much ease as they did against the Poles at the weekend. The Senegalese should be confident of at least one goal themselves, after Sadio Mane got off the mark in the tournament with their opener in their stalemate with Japan. Both teams scoring looks like a cert at 20/23 with Coral.

Juventus winger Juan Cuadrado was in the goals for Colombia in their victory over Poland, and his pace could be a huge asset in this match if it becomes stretched late on. With that in mind, I’m going to stick a tenner on him to make it goals in consecutive World Cup games with a strike anytime at 10/3 with Betfair.

It’s been a fascinating Group H, but I think the quality of Colombia will shine through in the end, following a slow start for the South Americans. They have the returning Carlos Sanchez in midfield to keep them nice and tight in what will be a crunch game, and their experience of clutch games on the world stage will ultimately tell against their slightly more raw opponents on the international stage.

It will be hard work, but Colombia to win in a game with over 2.5 goals looks like a steady bet with plenty of value at 21/10 with Ladbrokes. If you’re a fan of an same-game multiple, then I’ll point you in the direction of an anytime Radamael Falcao goal in a Colombia win to the tune of either 2-0, 3-0 or 3-1 at a lovely 5/1 with William Hill.

Have you got what it takes to make a full-time living in sports betting?