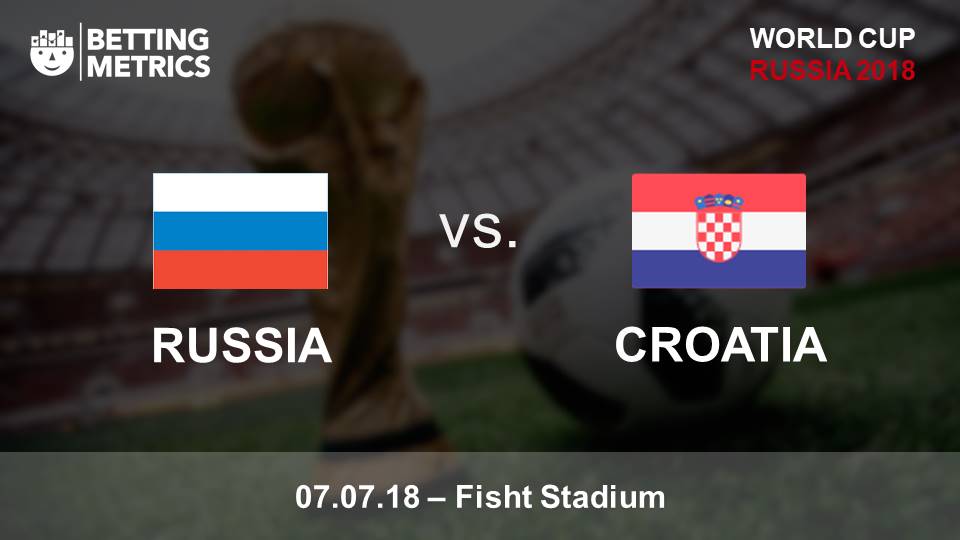 Whilst Spain attack with patience, the Croatians pour forward with real aggression. Out wide, Ivan Perisic and Ante Rebic love to attack their full-back, and they should have plenty of joy against a defence that had to endure two hours of mind-sapping defensive play less than a week ago. Rebic looks more impressive with each passing game, and the Eintracht Frankfurt forward is 29/10 with William Hill to score anytime.

The nature of Croatia's play should also deliver more opportunities from corner kicks, where I'm expecting them to lead the way against their less proactive opponents. The Croatians to win the corner count with a -1 handicap, thrown into a double with them winning the game looks like a solid 4/1 double with Paddy Power.

And if you want to back Croatia to win the game on its own then they are a cracking 6/5 to emerge victorious after 90 minutes, and it’s probably the best bet of the day. Zlatko Dalic's side had to grind out a penalty shootout victory over Denmark last time out but are due a good performance, and have star quality in the vital areas of the pitch.

Over 90 minutes, Croatia should have enough about them to win the midfield battle, and that will be where the game is won and lost. Luka Modric knows how to put in a big performance in the crunch games, and if you think he will produce another stellar display, I recommend a flutter on him to be voted man of the match. The Real Madrid midfielder looks like a solid bet at 5/1 with Netbet.

If you haven’t spotted the theme already, I’ll let you know now that this is probably one game too far for the World Cup hosts. They don’t have the youngest squad in the world, and the lack of big-game experience will be their undoing against a Croatia side that look a good bet to go all the way in the tournament. Croatia to win to nil in Sochi looks a good bet at 11/5 with Coral.

What are the big pitfalls that come with following a tipster? Find out more in our Betting Knowledge blog.