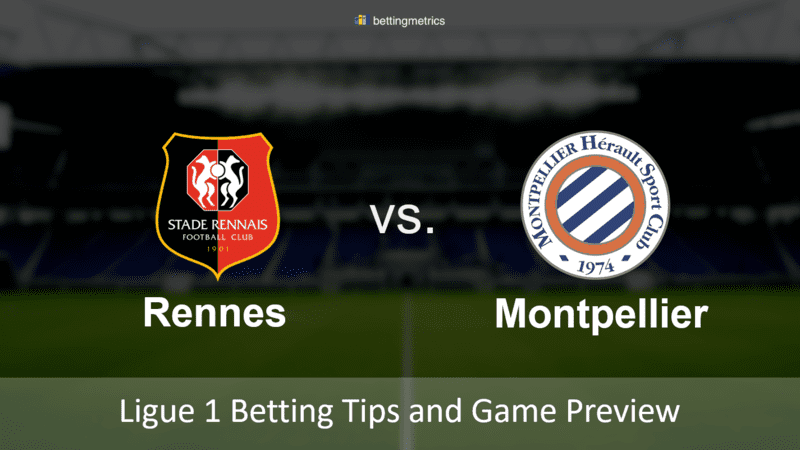 The federation changed Ligue 1's Saturday 29 August schedule based on the country's big comeback from continental competitions. Our game preview for Rennes Montpellier analyzes the first challenge set for 4:00 PM, with the timetable shifted to the afternoon as another challenge has been made to replace the postponed match of PSG. Returning to the comparison in question, we should say that the Redblacks are the team given by everyone as the favourite. The debut last weekend they finished with 1-1 on the challenging Lille field in what, values in hand, could be a direct match for the arrival in European competitions. The morale of the locals will, therefore, be useful since they have obtained a point on the field of a possible competitor for the minimum seasonal goal. This time the spoils can be even more marked as they host a team that has yet to play its first official match of the year. Montpellier rested in the first round as they had to meet Lyon.

The game faces two teams that have ambitions to reach and achieve more than the previous season - Rennes and Montpellier. Stade Rennes finished the last campaign in the third-place close to the second Marseille, and now it is approaching this second place with a few key transfers this summer - Martin Terrier from Lyon (€12m) & Nayef Aguerd from Dijon (€4m). Meanwhile, Montpellier showed an excellent style of football last season and finished just 1 point behind the places giving a place in the Europa League. Probably only the forced stop deprived the team of this place, but now with the buying of players such as Mavididi (Juventus U23, €6.3m) and Jonas Omlin (Basel €6m) La Paillade can try to reach the fifth place or even more to dream for a higher position.

Montpellier failed to score in their last three direct matches, losing the previous two and made a draw 0-0 before that. To say the most ruinous was the most recent game in March of this year, just before the closure for the Covid19 emergency: a 5-0 cashed in this stadium with Hunou at the leading role, author of two goals.

In recent years, Rennes has built itself intelligently, and now it has started to reap the fruits of its excellent work. Last season, Rennes closed its campaign with the superb 3rd place and thus qualified for the first time in its history, for the group stage of the Champions League. The Bretons hope to confirm that again by winning a new European qualification. During the first round which took place last weekend, they got a perfect point on the ground of a direct competitor, Lille, and they could even have won with a little more accuracy (1-1). Like his opponent of the day, Montpellier has been working well for some time and seems to fit well at the end of the first part of the table. Organized in a solid 3-5-2 scheme, Michel Der Zakarian's men are difficult to be overcome, and now they have serious attacking arguments to make. Undoubtedly the next step for them is to get a little closer to the European places with this lineup and this coach. Due to the presence of Lyon in the Final 8 of the Champions League, Montpellier could not start its championship last weekend and therefore will do it this Saturday.

Betting Tip by Betting.com Draw and BTTS at odds around at 4.75

Next game for Rennes will be away against Reims on 13th September.Montpellier will play at home against Nantes on 12th September.