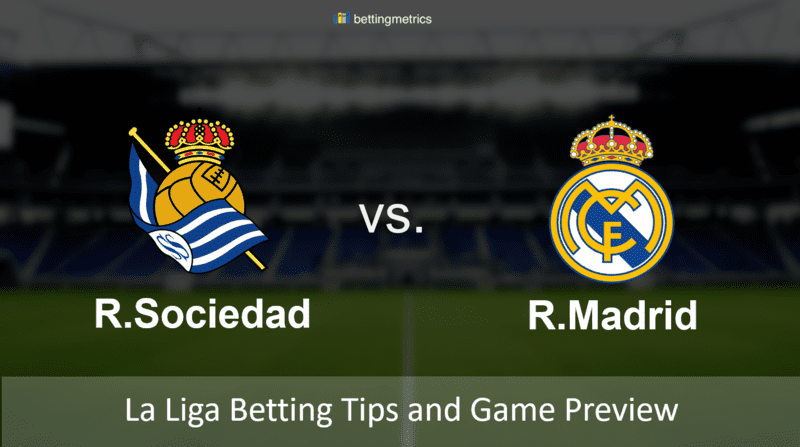 It is time for Real Madrid the reigning champion to make its debut in the new season. Real Sociedad against Real Madrid can be called as the biggest match of the second round of La Liga. It will take place on the pitch on Sunday 20 September at 20.00.

Favourite, of course, is Zidane's team, which should defend its status as Spanish Champion starting with a game, which is far away from easy. The Blancos will fly to San Sebastian to face the first challenge of this championship, which coincides with the first official match of the new season. Real Madrid, in fact, ended last season on 7 August by losing 2-1 to Manchester City in the second leg of the Champions League round of 16. Since then, only one friendly game for the Merengues in which they have faced Getafe and won by 6-0. As for the hosts, on the other hand, a 1-1 draw at Valladolid in the first round, and now they are looking for a feat in this match. Can we expect surprises?

On Real Sociedad's side, the young Norwegian attacking midfielder Odegaard joined Real Madrid who had loaned him and was replaced by David Silva. (Man City). The attacking players William José (11 goals), Oryazabal (10 goals), and Isak (9 goals) are still in the squad, ready to score. For this meeting, the long-injured Illarramendi and Sangalli, the flagship rookie David Silva, the top scorer William José, the defender Zaldua, and midfielder Zubimendi won't be able to take part. A very long list with missing players, which makes the task in front of Sociedad much difficult.

Surprisingly quiet summer for Real Madrid so far in comparison with other transfer windows. We can report the departure of Areola, returned to PSG and loaned immediately to Fulham, and that of Oscar Rodriguez, loaned to Leganes last year and sent to Sevilla for this season. The young Japanese Kubo has meanwhile been loaned to Villarreal. On the other hand, the young Norwegian Odegaard is back at the club. The scorer of 21 goals last year, Karim Benzema should be once again the main force of Real's attack. A priori, Madrid's group, should be completed for this meeting even if Zidane should leave out the undesirable Bale.

Real Madrid that starts with all the favours of the prediction because, although the market that appears empty, the Blancos are still the team to beat.

The problems of Barcelona, in fact, make Real Madrid still the strongest formation in the league and Zidane's team will want to confirm themselves at the top of Spanish football, with an eye to the Champions League. Sociedad, for its part, finished in the 6th place last season at 31 points away from the Blancos, gained access to the Europa League. For the Basques, this year should be the season of the qualitative leap to try to access the Champions League. In their stadium, the Basques can try to seek the victory motivated by the fact that Real are not yet in rhythm from a physical point of view. It is very likely to witness a spectacular match that will give us goals and emotions right from the start.

Starting from all these considerations we want to focus on the Away to Win and BTTS sign as the main tip of the Real Sociedad Real Madrid prediction.

Betting Tip by Betting.com: Away to win and BTTS at odds around at 3.40