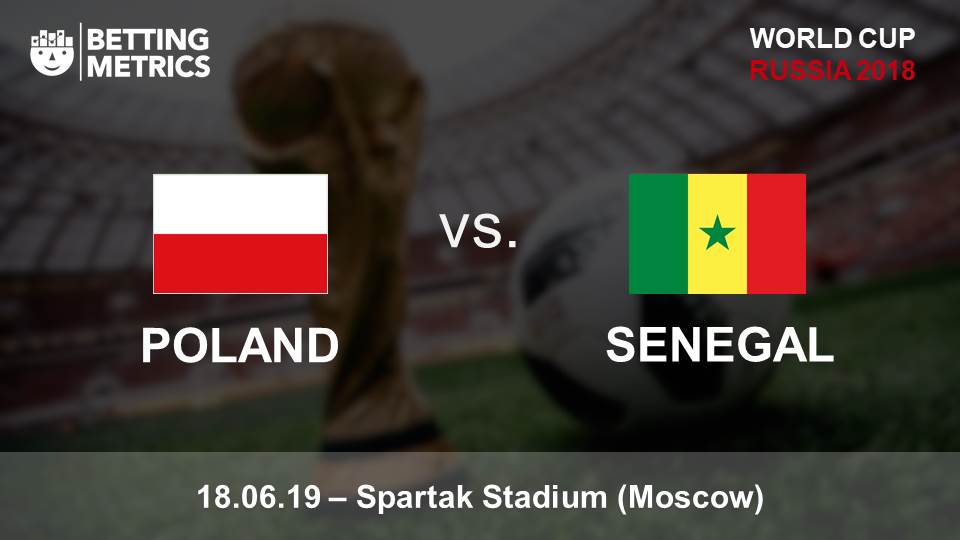 We round off our look at the opening round of World Cup fixtures with a Group H clash that has the look of an open game with a goal or two.

Senegal – on paper – look like the strongest African side at the tournament. There are plenty of goals in them, courtesy of Sadio Mane of Liverpool and Monaco’s Keita Balde, and at the back they boast one of Europe’s top center backs in Kalidou Koulibaly of Napoli. With players like that it’s hard to ignore the big price of 4/1 for them to win Group H.

Poland, though, will provide more than a stern test. Just one defeat in ten qualification games was certainly helped by an imperious 16 goals from Bayern Munich striker Robert Lewandowski, making him the top scorer on the continent. Lewandowski is a massive 11/10 to score anytime in his country’s opener.

13 goals in Poland’s last three friendly games in preparation for the World Cup suggests we may be in for a goal glut. Throw in Senegal’s pace on the break and all of a sudden there is great value in Coral’s 19/20 for both teams scoring and 13/10 for over 2.5 goals.

The west-African side have a rather agricultural midfield with more than its fair share of “destroyers”. Premier League fans will be no strangers to the likes of Idrissa Gueye and Chieck Kouyate of Everton and West Ham respectively, so don’t be surprised to see the tackles flying in. Wolves midfielder Alfred N'Diaye will provide further midfield screening, and is a certainty to win at least two tackles at 7/10 with Ladbrokes.

In terms of a winner, I’m going to stick my neck on the line and predict a big showing from the Senegalese in Russia. The side is littered with players that have had great seasons for their clubs, and in Mane, Balde and Koulibaly they have genuine star quality. Poland have an experienced defense, but aren’t the quickest in the world and could easily find themselves exposed if the match opens up. Senegal to win with both teams scoring is a huge price at 6/1 with Coral, and is well worth a tenner of anyone’s money if you’re looking for something to give you a bit of interest in this one.

What’s that? You’re NOT tracking your bets? Here are five reasons why you should be.