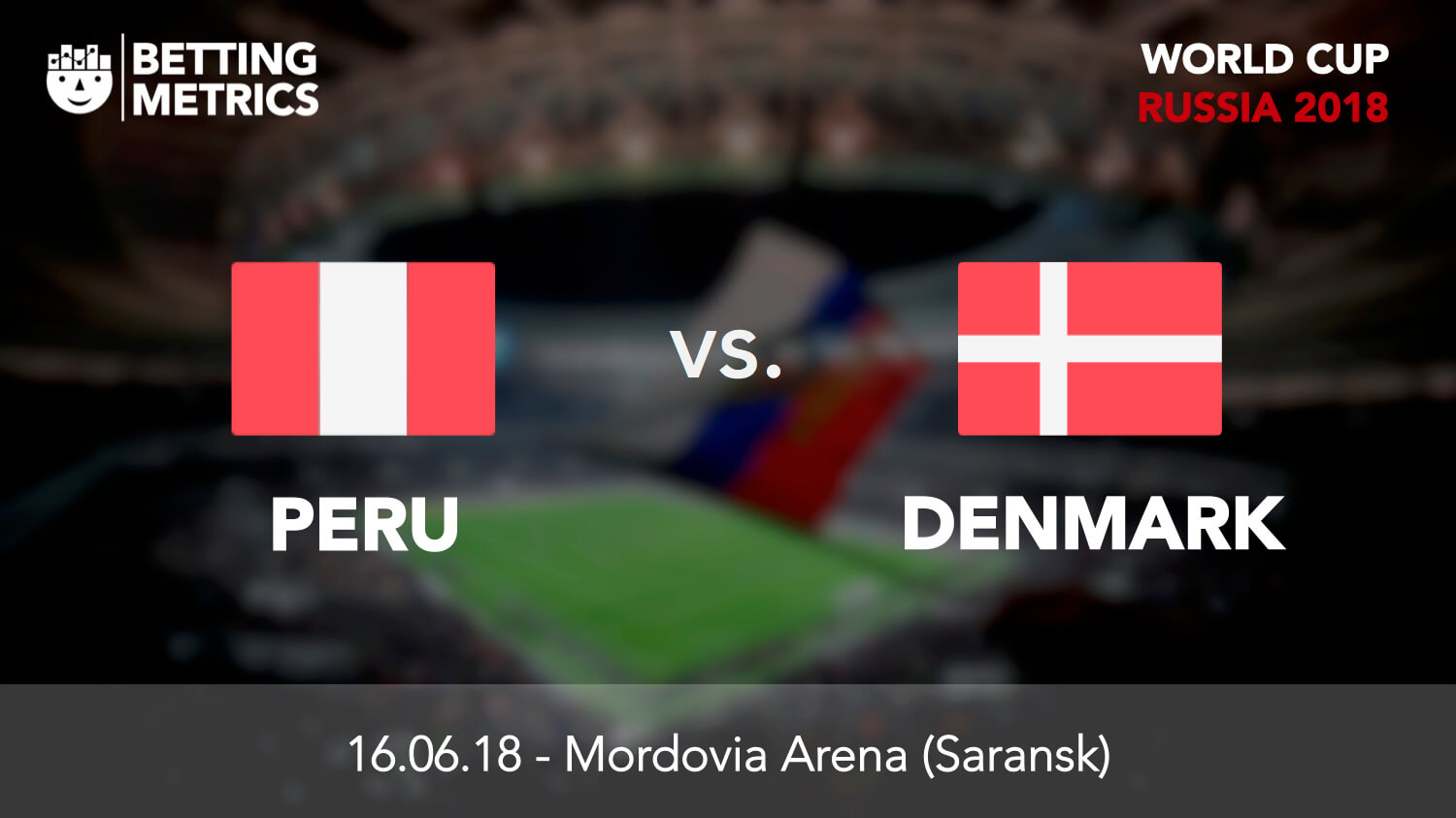 The Mordovia Arena in Saransk will be host to what looks like the battle for second place in Group C. With France the clear favorites and Australia looking weak, this game represents a huge chance for either side to plant one foot into the Second Round.

Peru have been handed a huge boost ahead of the tournament with the news that star striker Paolo Guerrero has been given special dispensation to play in Russia, despite currently serving a drugs ban. The Flamengo striker scored twice in a friendly against Saudi Arabia on his return, while his team-mates put in a superb performance in the previous game, a 2-0 victory over Croatia in Miami. If you fancy Guerrero to mark his competitive return with a goal then you can back him to score anytime at 12/5 with William Hill.

But one thing Denmark know how to do is keep a game tight. Just eight concessions from the Danes in qualifying, and they were brilliant at the other end of the pitch in their 5-1 crushing of the Republic of Ireland – a result which saw Age Hareide’s side qualify for Russia. Denmark’s defensive solidity has been summed up by their opening two pre World Cup friendlies – two 0-0 draws against Chile and local rivals Sweden. A Denmark clean sheet in this one looks good value at 8/5 with Coral – and check out how you can get a free bet with them (and a few more bookies) in our Free Bets section.

The Peruvians don’t quite have the same reliability in the defensive third. They kept just one clean sheet in their final eleven qualifying games for the tournament, so if you fancy a tight encounter, your money should be on a Denmark win with under 2.5 goals, which pays out at a very tasty 10/3 with Coral.

The standout candidate for the role of “Difference Maker” in the Danish contingent has to be Tottenham playmaker Christian Eriksen, who was instrumental in the Ireland play-off, scoring a brilliant hat-trick in the second leg in Dublin. He’s the man for the big occasion, and he is my tip to get the job done here. Get on the Spurs man to make his mark and score anytime at 7/4 with Betfred.