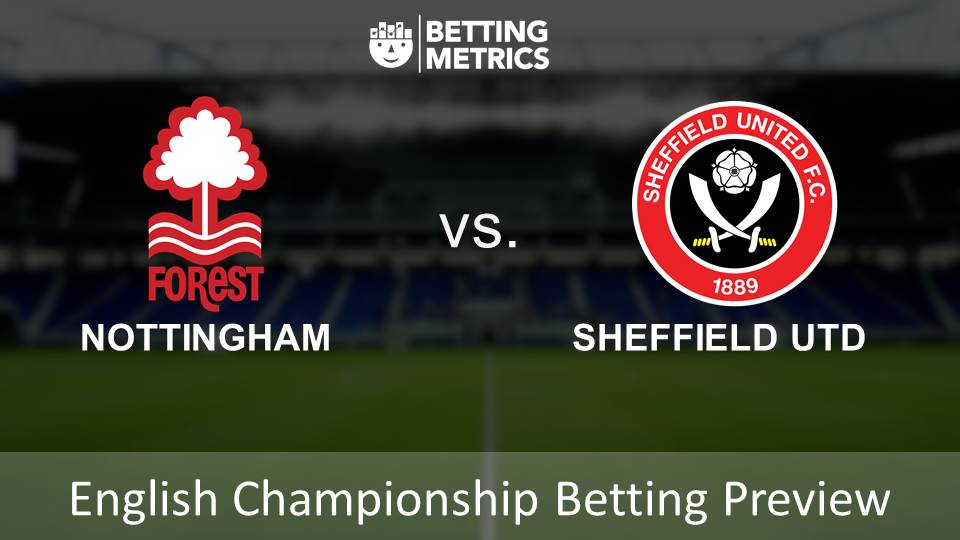 Nottingham Forest suffered League Cup embarrassment at the hands of League One Burton Albion in midweek, and Aitor Karanka will need to pick up his side ahead of a stern test against Sheffield United at the City Ground.

Chris Wilder’s side are a tough side to push around, even when they’re on the road, with just three defeats in their last 13 Championship away games representing an excellent away record.

They come up against a Forest side, however, that are tough to beat themselves. No team in the Championship has lost fewer times than Forest’s two defeats, so the Reds will be confident of making life difficult for an away side that like to impose themselves. The Reds have a solid double pivot in the heart of midfield, and a three-pronged attacking midfield trio that has the lovely combination of pace and creativity. The first goal could well be crucial in this one, and Forest have got it in all of their last eight league games. They could well be on cloud nine if they nab the first goal again here at odds of 6/5 with Ladbrokes.

Billy Sharp continues to impress for the Blades in the final third for his boyhood club. The Sheffield boy bagged a hat-trick in his side’s victory over Wigan last time out, and the 32-year-old already has an impressive eleven goals this season. Forest have just one clean sheet in their last five, so a Billy Sharp goal anytime has a great chance at 11/8 with Betfair. Throw in both teams scoring at 8/11 with William Hill and you have two ingredients for a potentially profitable same-game acca.

And with that in mind, a tenner on both teams scoring, a Sharp goal anytime and a draw at full-time in a game that pits two tough nuts against each other returns a very tasty 88 quid with Paddy Power. If you fancy a correct score punt, my money is a 1-1 draw that I’m sure both sides would be happy with, a score line you can pick up at odds of 6/1 with BetVictor.