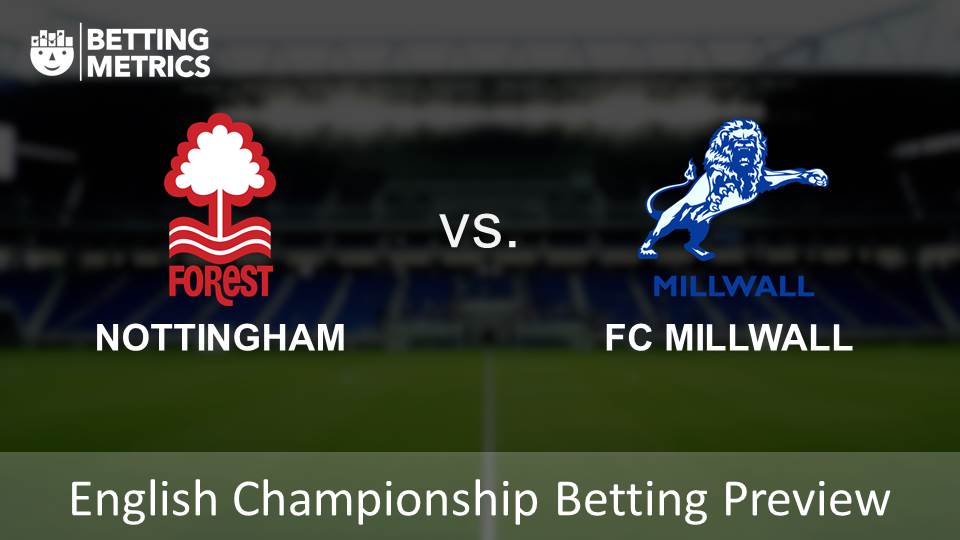 The Championship draw specialists Nottingham Forest have still only lost once this season, and if they’re play-off ambitions have any chance of being realised then they really should be converting home games against the likes of Millwall into three points.

For Millwall it’s been a poor start to a campaign that promised so much after a late top-six push last season. They sit just one place off the foot of the Championship table, but remarkably, they would be sitting in 5th place if all Championship games ended at the 67th minute. That’s an alarming stat for Lions manager Neil Harris, but a great stat if you fancy a goal after the 80th minute at 13/8 with William Hill.

That goal could well come from Forest front man Lewis Grabban, who now has four goals in as many games after starting the season without a goal in his opening six Championship games. If you’re following form, get on the Grabban anytime goal at 8/5 with Hills.

Considering the form of the two sides, I’m pretty surprised to see the Forest win being priced as high 10/11 with the likes of Ladbrokes. One defeat in 13 games in all competitions for Forest is an impressive recent record, while Millwall have lost their last four, and haven’t won away from home in the Championship since April. If you’re looking for a midweek accumulator, Nottingham Forest are prime candidates for a leg.

Goals have been a problem for the Lions on the road in particular. Their last three defeats on the road have all come without them scoring a goal, and with Forest winning two of their last four home games 1-0, I wouldn’t be surprised to see a repeat of that scoreline at odds of 6/1 with BetVictor.

But don’t let the form book make you completely discount Millwall. They have their threats and like to make life difficult for home sides - when they’re up for it. They’ll keep things tight, but I just can’t see an in-form Forest side being stopped on their way to the top six on Wednesday. It won’t be a classic, but a Forest win and under 2.5 goals looks like a decent bet at 3/1 with Coral.