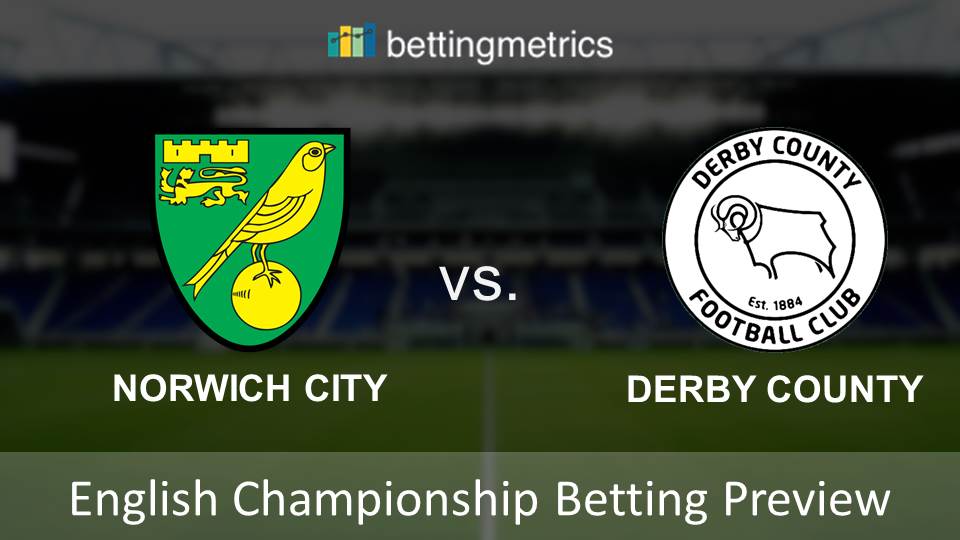 Carrow Road has been home to plenty of drama this season, but Boxing Day really was something else.

Norwich were 3-0 down at home to Nottingham Forest with just 14 minutes left to play, but a fightback that included Onel Hernandez goals in the 94th and 98th minutes meant that the Canaries somehow scraped a point against all the odds.

For Derby, they were outfought and outthought in their 3-1 defeat at Sheffield United. Injuries are starting to pile up, particularly in the wide areas, which will be music to the ears of a Norwich side that have pace to burn on the flanks. This game could really spell trouble for the Rams.

If they lack the fight that was missing at Bramall Lane, this could be a very comfortable home victory. The Norwich win is astonishingly good value at 6/5 with Betway, and is better than even-money with all of the big players. This is a Canaries side that have only been beaten once at Carrow Road since August, and have scored 13 goals in their last four home games, against a Derby side that are winless in three, and don’t look like scoring a goal unless it’s a Harry Wilson free kick.

Onel Hernandez was the hero against Nottingham Forest on Boxing Day, and his explosive pace could see him scalp a second East Midlands victim in the space of four days this weekend. The German tends to operate on the right-wing, and it’s at left-back where Derby County currently have no fit players. Right-back Andre Wisdom deputized in the Sheffield defeat, and he will have a tough time coping with the pace of Hernandez. An anytime goal for the forward is priced very generously indeed at 2/1 across the board.

Norwich may well be scoring with ease, but they don’t have quite the same success rate when it comes to keeping goals out of their own net. The Norfolk side have kept just one clean sheet in their last seven at home, and the Rams have bagged goals in each of their last seven on the road. Four or more goals looks like a promising bet here at 2/1 with Paddy Power.

But Norwich won’t be denied another important three points here. Derby are desperate for January additions, while Norwich’s momentum doesn’t look like being halted anytime soon. The home win plus both teams scoring looks like great value at 3/1 with Betfair.